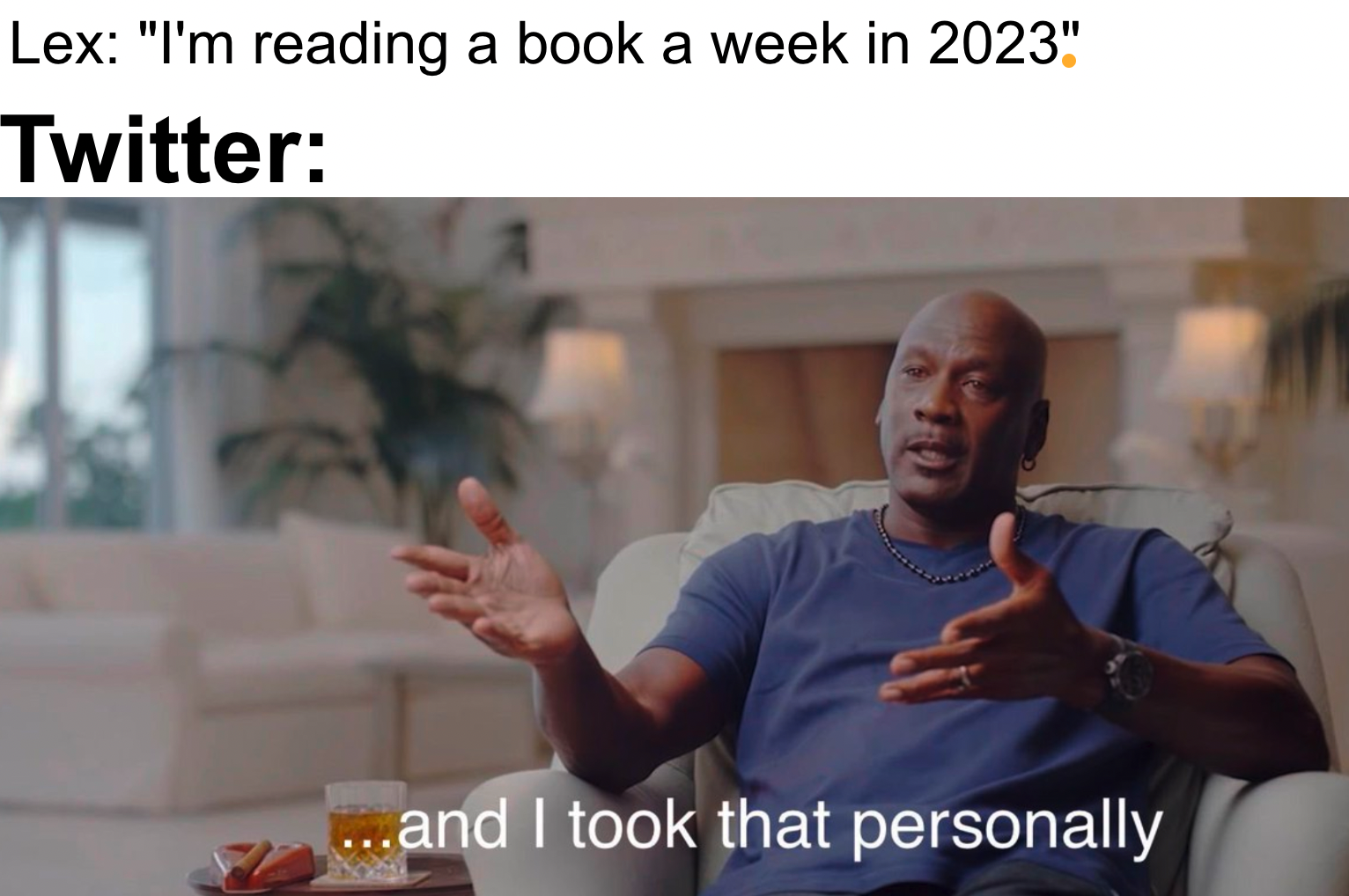 Today's topic is inspired by the discussion around Lex Friedman's to-read list for 2023.

I'm reading a book a week in 2023. Classics, sci-fi, nonfiction, or anything people highly recommend. I'll keep adjusting the list. Start on Monday, done by Sunday. Might make lowkey videos of takeaways. If you want to read along, the current list is here: http://lexfridman.com/reading-list 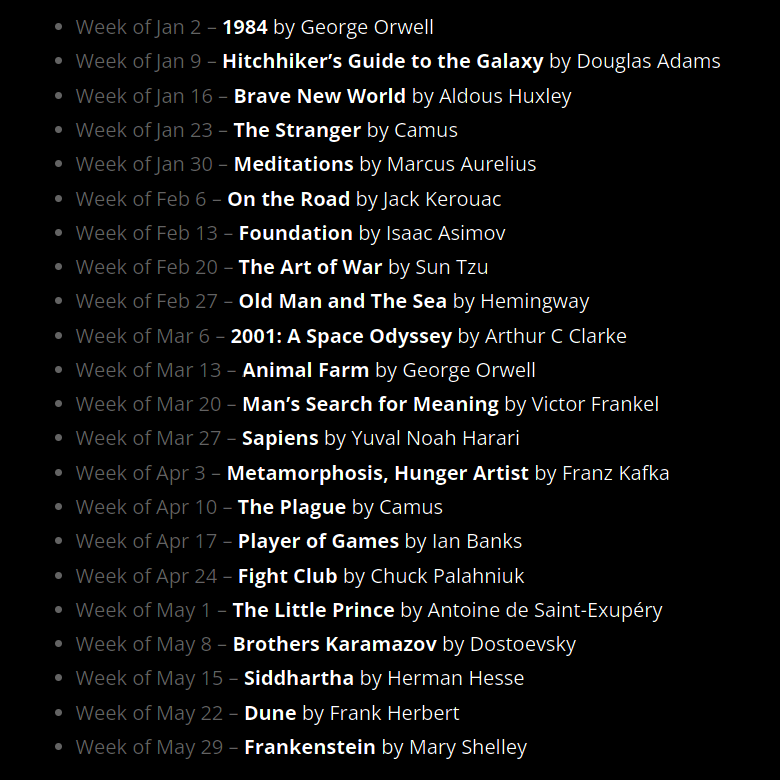 If you had read some of the titles here and enjoyed them, you'd probably think it's a pretty decent list. From an egoic perspective, I have good taste, if he likes the stuff I like, that means he has good taste too. Cue Elon Musk:

From a psychological standpoint, humans want to fit in and be perceived as part of a larger community or social group. So people are drawn to popular things.

From a public discourse standpoint, Lex probably felt a sense of safety in choosing 52 popular classics across political philosophy.

He didn't want to take risks in choosing edgy or obscure titles. It's likely that many people have enjoyed reading them and would like/engage with this Twitter post.

As of 1/7/2023, this tweet is getting 38M impressions, 100k+ likes, and almost 9k retweets. It went viral because he was getting "canceled" left and right for this "controversial" list.

The obvious ones are calling him out for choosing mostly white male authors:

Why are these lists always so heavily dominated by male authors? Diversify your reading! Margaret Atwood, Maya Angelou, bell hooks, Rebecca Solnit, Chimamanda Ngozi Adichie are just some… the list goes on.

I cannot fully agree with their condemnation. While reading from a diverse range of topics is generally a good habit, what another person reads shouldn't be something you police on other people.

You were called out for bragging that you’d be reading a book a week, then listed the most basic, boring list of books possible. It’s a list without any personality or innovation, a list copied from a highschool syllabus. It may hurt your feelings, but it’s valid criticism.

When you ask people to recommend a book on a podcast, hobbyist readers will cite classics to avoid judgement and avid readers, out of choice paralysis, will cite childhood favorites. You end up with a piecemeal list of generics which reads like a Forbes listicle.

In tech discourse, social status conditions on intellectual superiority. Hence, within the tech bubble, the most enlightened ones garner the most attention.

To this tiny group of people, Lex Fridman is supposed to be morally enlightened relative to the average human, but his reading choices signal otherwise. So we see a public outcry against him and his status.

The attention Lex has gotten from his reading list, although negative, is a sign that he has risen from an MIT researcher to a respected tech elite.

This brings me to another question, what would the most high-status library consist of?