Why do views and opinions become so polarized? Where do maximalism and dogmatism arise from? Why do otherwise reasonable people cling to outlandish and provably false ideas? And why, when challenged, do we so vehemently defend such beliefs?

The answers may be in our genes.

No doubt, life was hard for our ancient ancestors. They never knew when food might get scarce or a lion might come prowling. They didn’t have the luxury to waste precious food energy on activities that didn’t contribute to survival. Those who developed adaptations and genetic programming that optimize for conserving energy were the ones with fuel left in the tank when it mattered. They’re the ones who survived and pass those traits down to us. 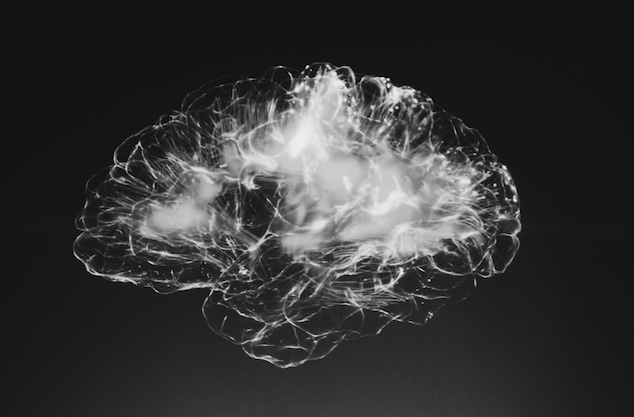 In his book, Thinking Fast and Slow, Nobel Prize-winning psychologist Daniel Kahneman describes two systems of the human brain. System 1 is the fast, primitive brain that is wired for survival and pattern recognition. It rapidly processes sensory data and initiates instant responses. System 2 is the reasoning and critical thinking brain. It analyzes and processes information and ideas, applies logic, learns, and handles higher-order brain work. System 2 is slower and consumes a lot more calories to do its work than System 1 does.

System 1 is like a fast, low-power device that’s great for simple, recognizing, and filtering tasks. It does the majority of sensory and low-level processing and makes quick decisions about simple, low-priority things and vital fight-or-flight reactions. It relies on its database of patterns, ques, and shortcuts to handle basic activities and reflexive responses. System 2 is like a powerful supercomputer. Since its capabilities aren’t needed all the time, it conserves energy by resting in standby mode. When System 1 encounters something novel or complex that requires more brainpower, it wakes up System 2 to take a look.

This is why hard, sustained thinking can feel so draining. You’ve been operating the big computer, and it is a power-hog. Over the millennia, this default, low-power setting became encoded in our DNA. We tend to rely on System 1 to handle as much of the work as possible.

In our modern context, many of the new ideas and information we come across are delivered in easy-to-process packages: tweets, memes, listicles, newsfeed headlines, and television news bites. Designed for humor, outrage, or bite-sized consumption, much of this content is simple enough for System 1 to processes at face value. The notions they represent get stored in memory without challenge or consideration by System 2. We can sometimes adopt ideas into our belief sets literally unwittingly. When these concepts are referenced later, they bear the stamp of approval by System 1, signaling that they must be true. Critically reconsidering them would require us to fire up System 2 and burn precious calories, which our genes warn us against in case there’s a lion prowling nearby.

This may be why cognitive dissonance is such a strong psychological response. We reflexively reject ideas that challenge those beliefs that previously received the brain’s seal of approval. Examining settled truths burns fuel. The natural, power-efficient, evolutionary-programmed response is to reject contradictory information, and not bother System 2 with such nonsense. Cognitive dissonance is like an immune response to troublesome information.

Similarly, we historically didn’t have the excess energy to spend a lot of brainpower on processing nuance. It’s far more energy efficient to look at concepts in binary terms that are easy for System 1 to sort through. Predator/prey. Friend/foe. Red state/blue state. Coke/Pepsi. Good/evil. Web2/Web3. Decentralized/corporate. Bitcoin/Ethereum.

Details are hard. The middle ground is confusing. Our instinct tells us it’s best to avoid them if we want to have the energy to make it to our next meal or mating opportunity.

Next, confirmation bias joins the party. To avoid the discomfort of cognitive dissonance, we instinctively seek out and store only the data that reinforces what we already believe to be true. We put System 1 on the task of collecting information that builds fortifications around the accepted beliefs, concepts, and notions we have filed away. Occasionally we boot up System 2 to help craft some arguments. That way, we have a fortress stocked with tidbits of information for taking potshots at any pesky thoughts that try to breach the wall—and the stupid/deluded/brainwashed/corrupt/evil people who wield them.

With their default power-saving mode, our slightly upgraded monkey brains are fertile environments for binary thinking and absolute positions to take root. Maximalism, dogmatism, and other absolutes are cheat codes that let grey matter stay lazy while System 1 processes things on autopilot. Does the data fit the accepted model? If yes, accept. Else, reject and attack.

So what can we do about it? It turns out that we are smarter than our brains. We control System 2, and most of us should have no reason to fear lions.

A few years ago, I worked with a coach to learn advanced real estate investing techniques and deal structures. On my first day of coaching, he had me write the words “Question Everything” on a notecard to post it near my desk. In his thirty years of teaching, he found that the most important thing he does is to help his students unlearn many of the preexisting ideas and beliefs they hold about money, people, and what’s possible. We unconsciously pick up so many notions and beliefs throughout our lives—from our parents, teachers, peers, the media—that we never examine or realize how they hold us back. He found that once self-limiting code is removed from a person’s operating system, it can be truly astounding what they achieve.

For me now, questioning everything is a regular practice. I’ve put my System 2 brain to the task of investigating many things I thought to be true about the world and myself. This doesn’t mean rejecting everything or being contrarian. It’s asking why. It’s challenging assumptions. It’s examining things from fresh perspectives. I follow my curiosity. I think about why I believe something to be, and whether the belief stands up to scrutiny.

My curiosity and exploration have led me away from real estate investing and onto this fascinating frontier of blockchains and DAOs. I believe the advances and innovations we’re creating in Web3 will fundamentally transform the world—if we can outsmart our lazy meat computers and the legacy software that came preinstalled.

Of course, I could be wrong. I’ll give that some more thought.