Autumn is well underway, and the nights are getting colder, so let’s heat things up with another issue of “East Sleep Mint Repeat”.

In this edition, I’ll be introducing a series of works I created utilising Stable Diffusion AI… 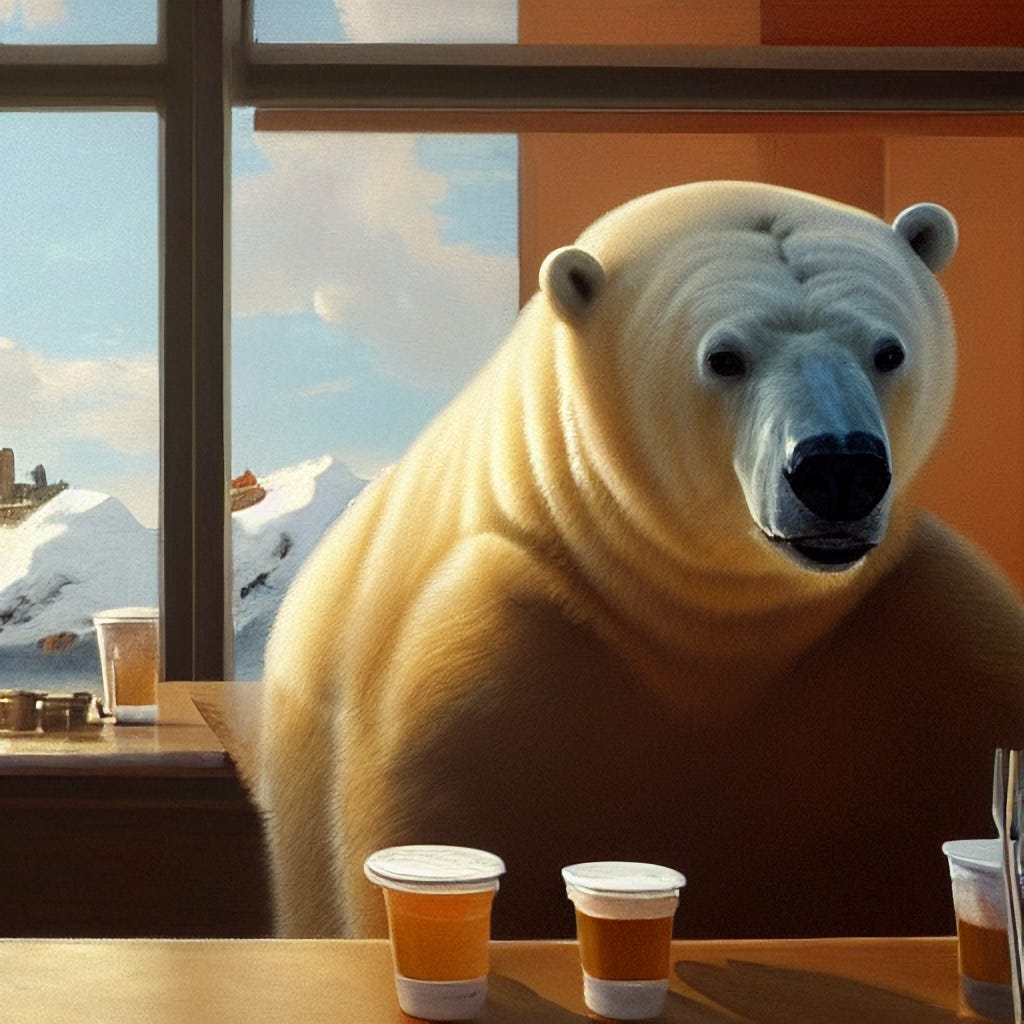 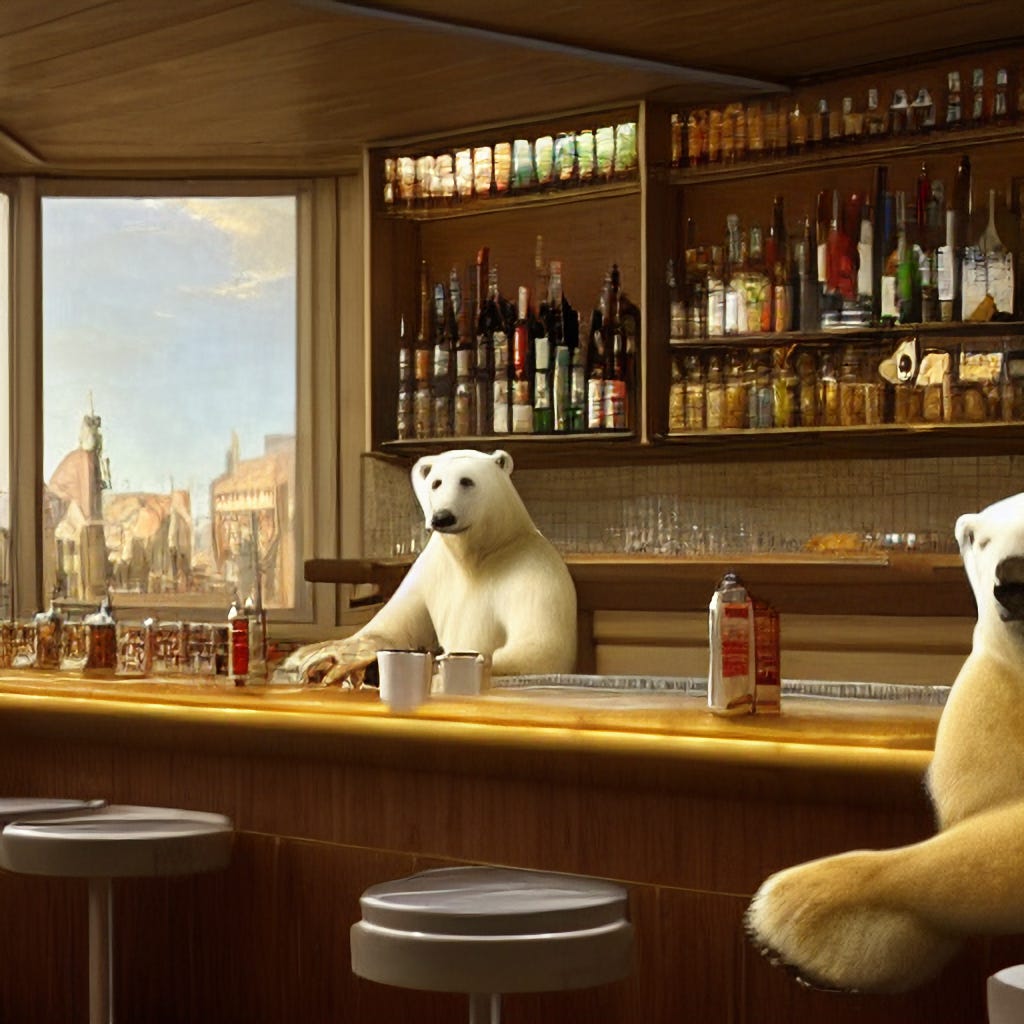 “A quick pint” and “Bear behind the bar” were my two entries for the Tezos blockchain event #Bear4tez. Both of these images were created in Stable Diffusion using DreamstudioAI. 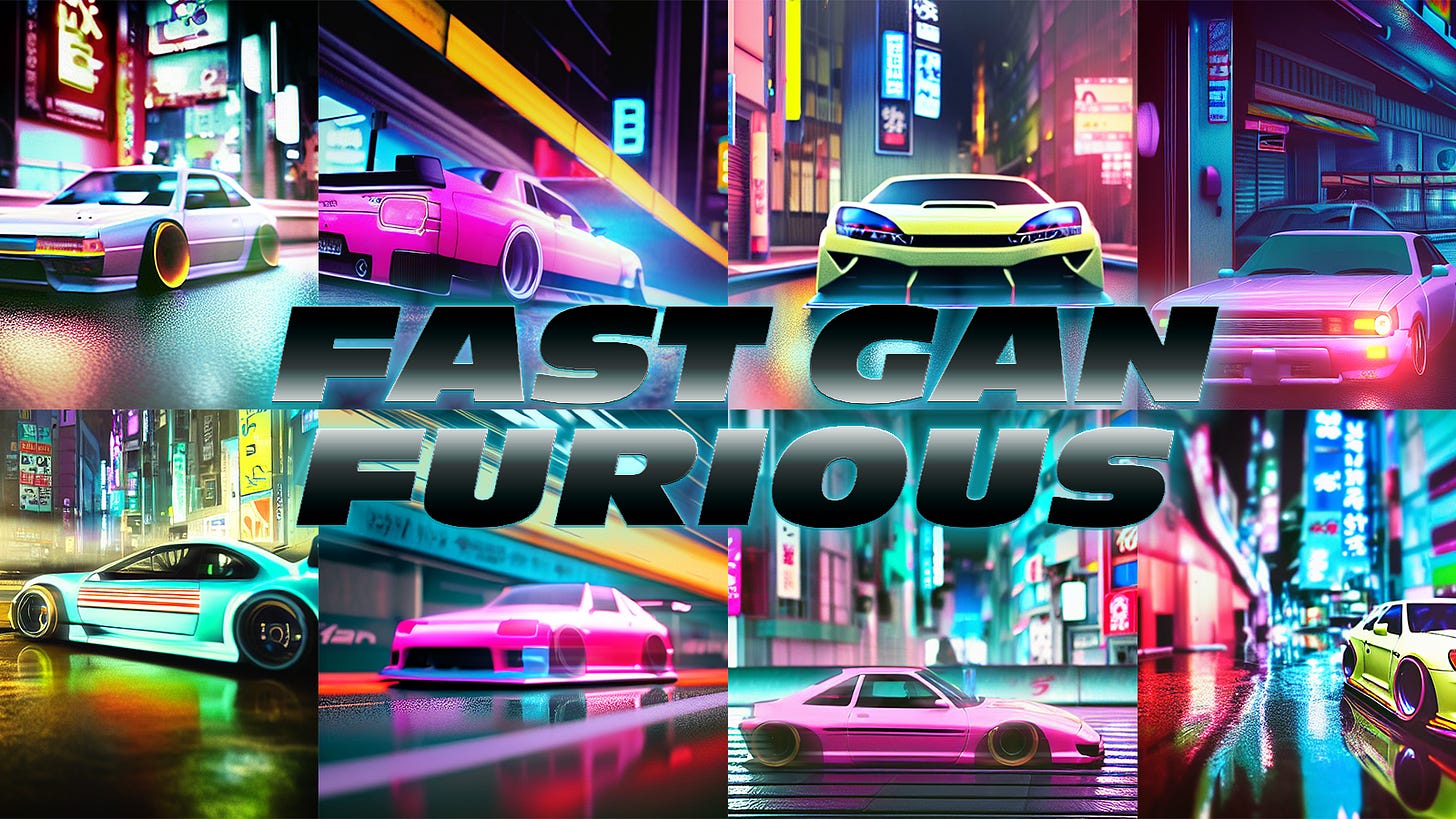 FAST GAN FURIOUS is an AI "driven" collection of street racing mean machines, created using Dreamstudio AI and post-editing in Adobe Photoshop. Inspired by JDM car meets, street racing, and Phonk music videos, I wanted to create some eye-catching vehicles of my own.

For this collection, 8 designs were released with 5 editions of each piece. As a thank you to various collectors I chose to airdrop all the editions to people who had picked up some of my previous works.

The first 25 NFTs have been released, with the series due to expand over time. All NFTs in the series are 10tez. 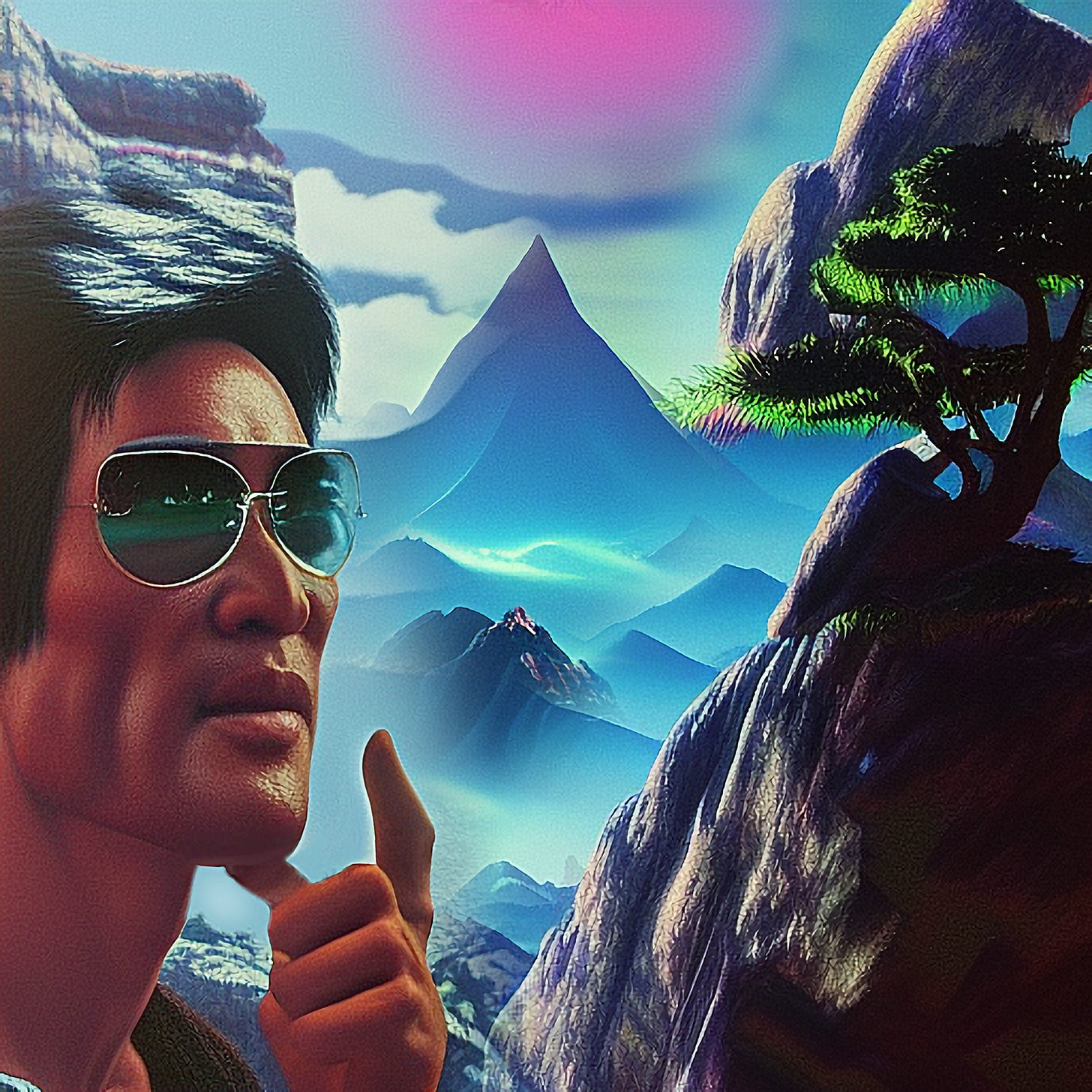 “A wise man can learn more from a foolish question than a fool can learn from a wise answer.” ― Bruce Lee

Bruce Lee was one of the most influential martial artists of all time. He was a master of both Chinese kung fu and Western boxing, and his unique style of fighting, which he called Jeet Kune Do, revolutionized the martial arts world.

This tribute piece for the “Spirit of Bruce Lee” collection series on Objkt.com was created using a mix of Stable Diffusion AI and Adobe Photoshop.

To help diversify and push my creative juices, I recently created some pieces for a few different contests and hashtag events. For each event, there was a topic or prompt to produce an art piece for.

Dustbowl Dreams was my entry for Omen Art Collective's #OmenFuture event. The base images were created in Stable Diffusion AI, upscaled with BigJpg then brought into Adobe Photoshop where I worked over the images and manually added all of the lighting effects. Finally, I saved 3 different versions and used them to create a large-format animated gif. 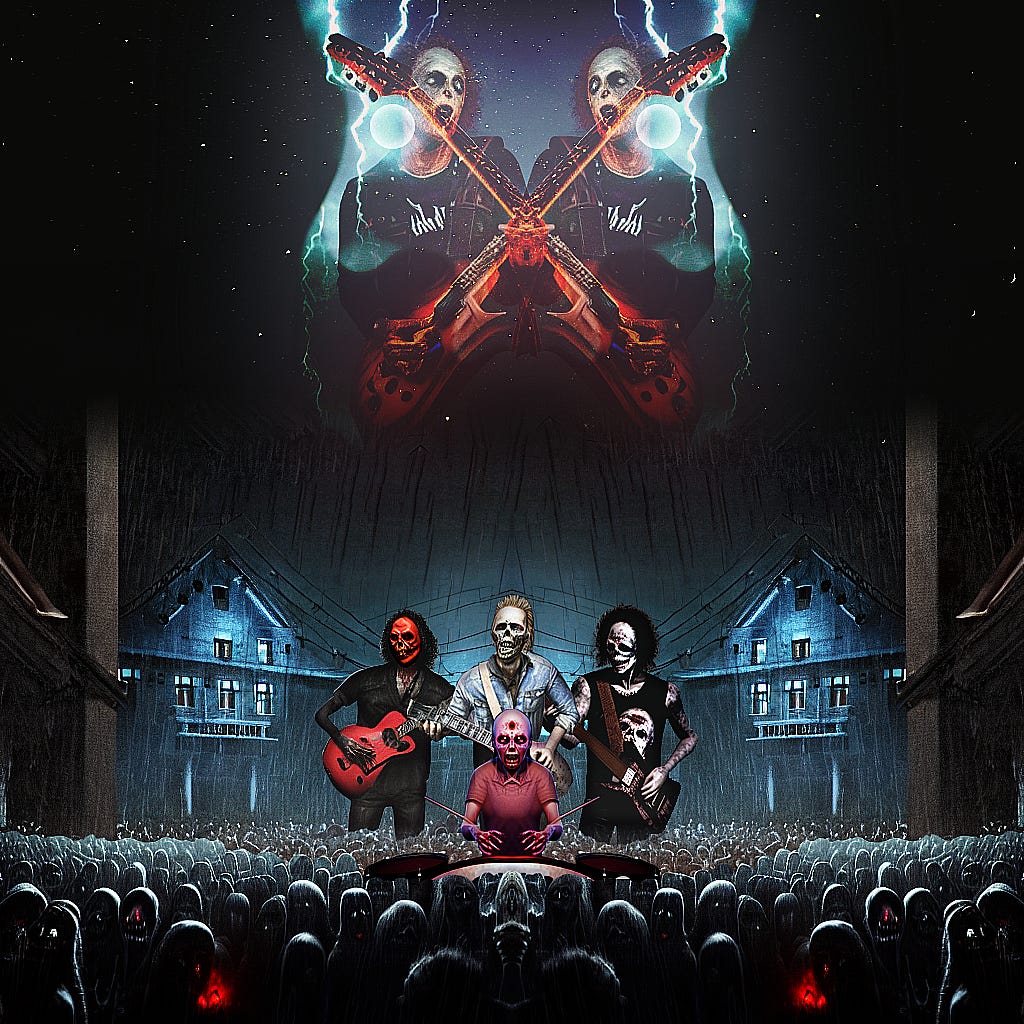 For Whom The Bell Tolls? is a dark and creepy tribute art piece I created for the Metallitez #tezblitz event, produced using Adobe Photoshop and Stable Diffusion with retouching and image editing. 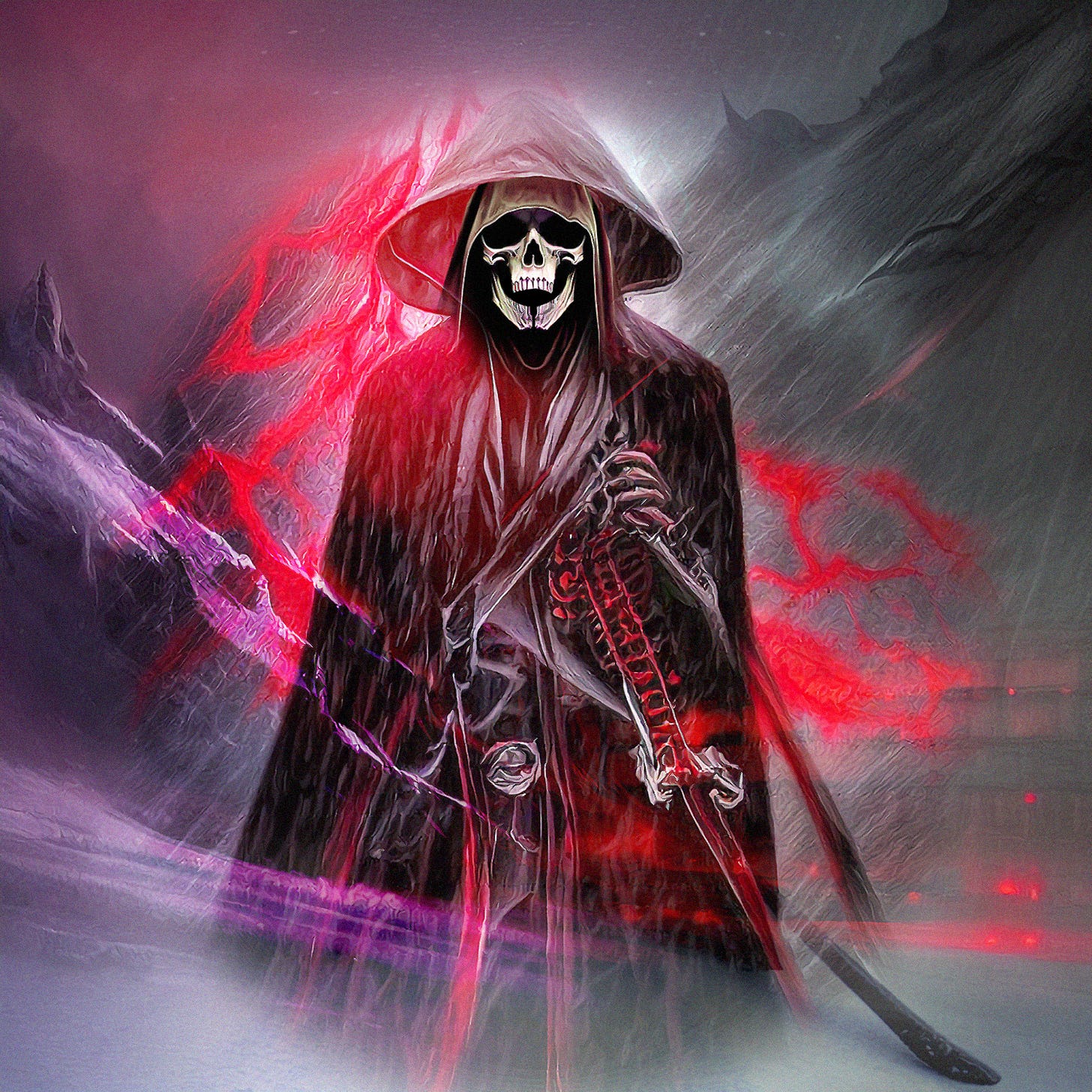 Your time has come was my entry for the Dethreaper.tez AI art contest, based around Death, the "grim reaper" & collector of souls. This piece was created using Stable Diffusion GRisk GUI & Adobe Photoshop.