In June '22 I minted a 10-edition NFT for 1tez on typed.art with the simple phrase "IOU 1 JPEG". 10 Unique 1/1 characters were then released & airdropped to their rightful heirs as editions of the text were collected. These 10 Characters formed the [IOU], or the Institute Of the Unknown. Each character will then subsequently get its own backstory released as a text NFT, with one copy airdropped to the Character’s owner.

The following introduction sets the stage for the first character, The Traveller. You can collect a copy of this entry as an NFT on typed.art or objkt.com. 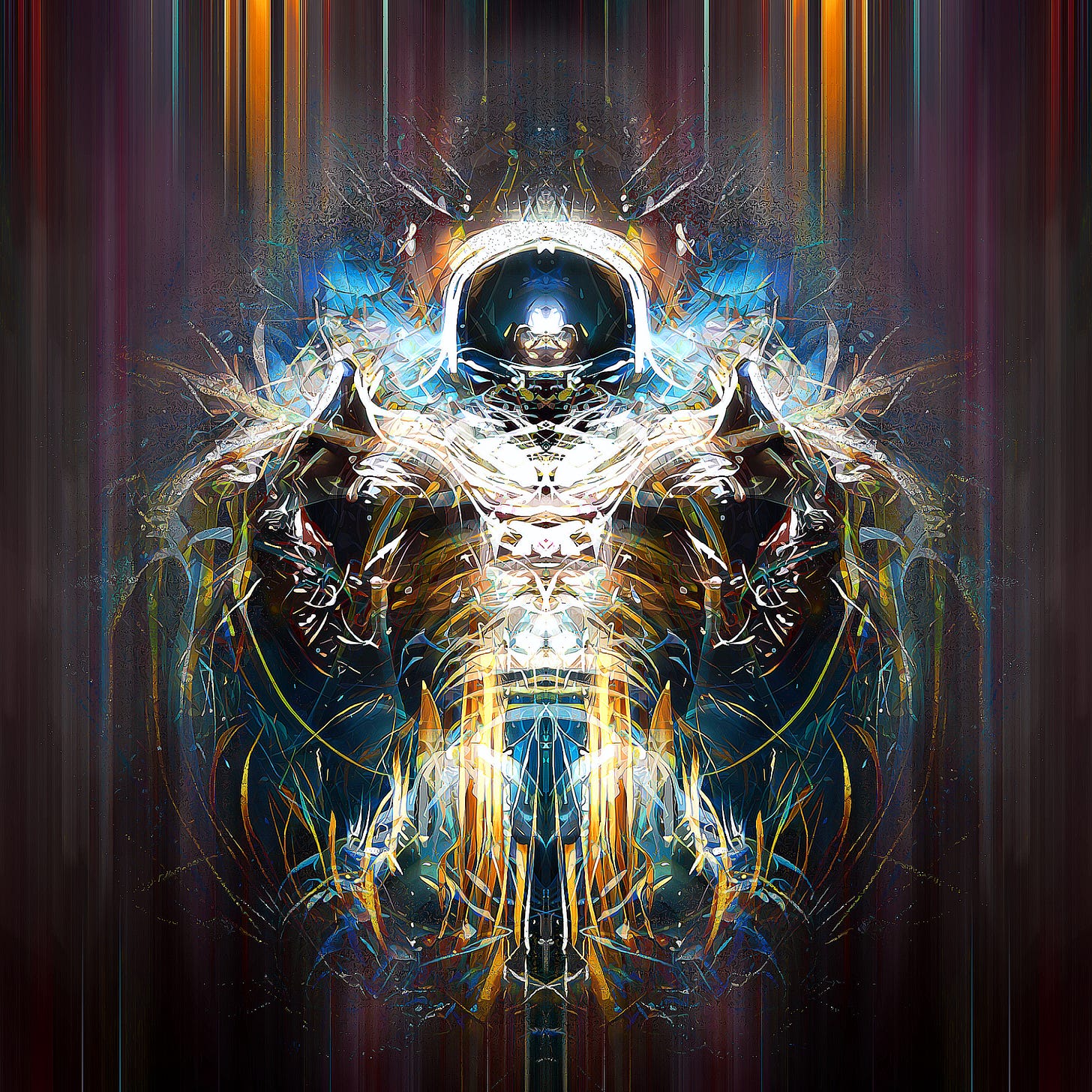 Time as a unit of measure is constant. Milliseconds, Seconds, Minutes, Hours... these defined, established values chronicle the passage of existence and document moments in history. Each year we use time to cement & celebrate the anniversary of our very being, and chalk up another tally line towards our inevitable demise.

We set our alarms to it. We cook our food by it. It inherently structures and guides our everyday lives.

And yet, by contrast, our "perception of time" is so vividly & subjectively relative. Contextually, time is impossible to be constant, when as individuals said context can be so uniquely experienced. How can we begin to quantify such a notion?

The Traveller had pondered this issue for millennia, as he endlessly phased in and out of the countless dimensions of space. Whilst he possessed the ability to accelerate beyond, or rewind back through the conventional fabrics of reality, he was equally faced with the threat of inexistence should he come to a complete stop. For The Traveller, Momentum was both immortality and life support. Cursed to live forever, yet never truly take a moment to appreciate it... Through all his experiences, through all his meta-phases, eventually, he came to the following Hypothesis.

Where the older and greater amount of responsibility a person has and the grander the task & stress involved, the faster the rate of perceived time, mitigated only by how droll and mundane the current task is. In other words, as we age, and come under greater amounts of pressure, we never seem to have enough time. Yet for a younger person with a simpler, mindless task to endure, it will often feel like time stands still...

If only they knew how lucky they were, The Traveller contemplated.

However it was Fate, not Luck, that drew The Traveller to discover each of the fellow members of the Institute...

You can collect a copy of this entry as an NFT on typed.art or objkt.com.

#institute of the unknown