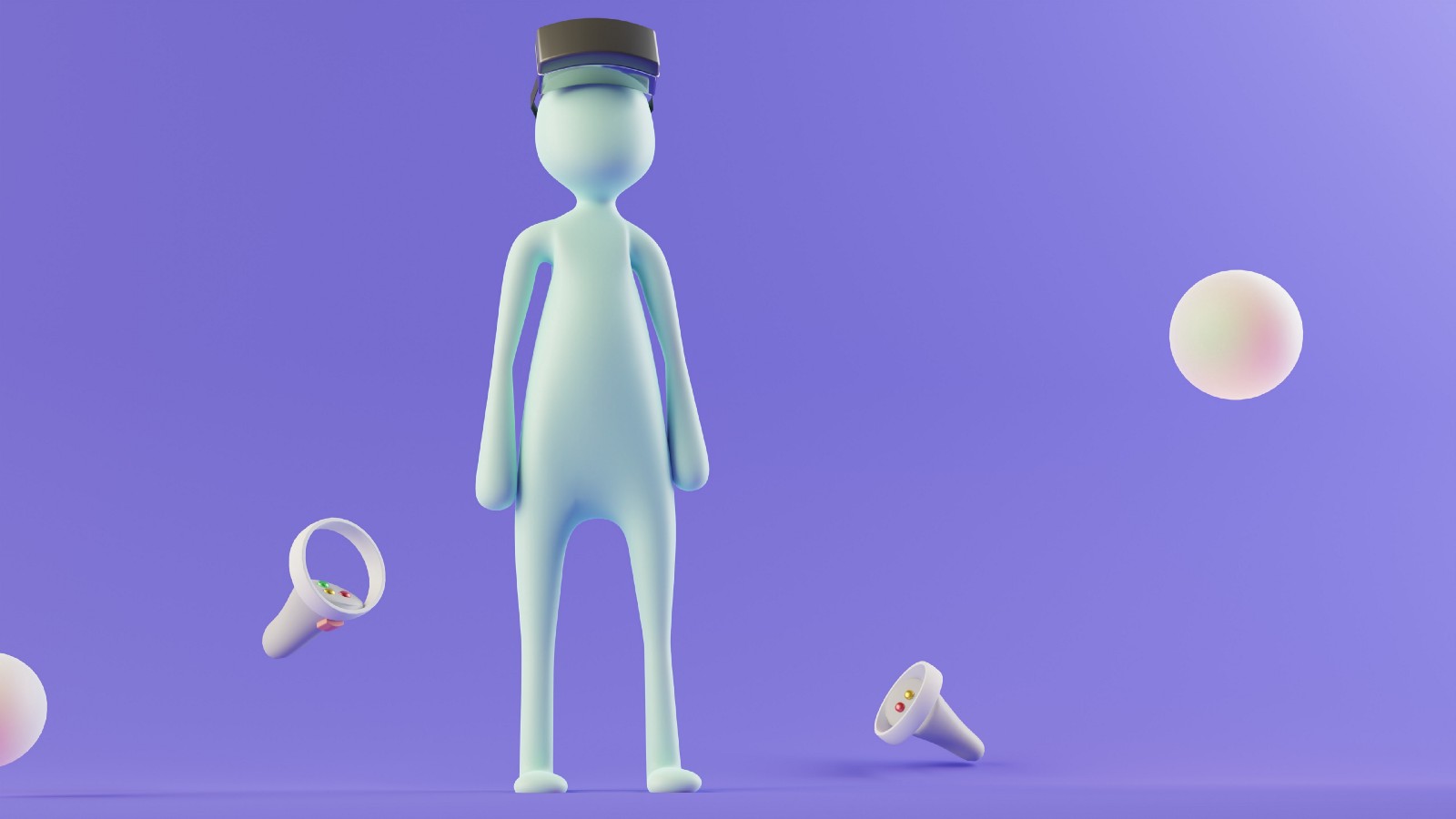 There are ~2.7 billion video gamers in the world today. The games industry is worth over $100 billion and is proliferating. This is more than the movie and music market worth combined. Impressive, isn’t it? Since the popularity of Pong in the 1970s, until the current advent of web3 gaming, the video game industry has gone through several evolutions — each improving upon the preceding generation of gaming.

Even with the current massive deceleration in the crypto space, blockchain games kept thriving, and the investment in the segment keeps growing. Whether it’s a bull or bear market, the industry keeps making waves.

With the introduction of Web3, games have changed in terms of what people can take away from the game, and one particular market segment has risen above all others, Play-To-Earn. From depositing coins into the arcade machine to spending countless hours swatting the controller pad in front of the television — the person-to-game relationship has generally stayed the same through the years. With P2E, players give their time and money — and are rewarded with an experience and with digital assets which could net them more money than what they initially put into.

Play-to-Earn (P2E) market has positioned itself as a prime blockchain integration and adoption market. Reaching its potential is a combined industry effort that will create tremendous opportunities for anyone involved. P2E gaming may not be the final and only iteration of web3 gaming, but it currently is the most prominent. This attention has brought an astonishing amount of new interest and players into the space — which looks poised to grow significantly more in the following years and decades. 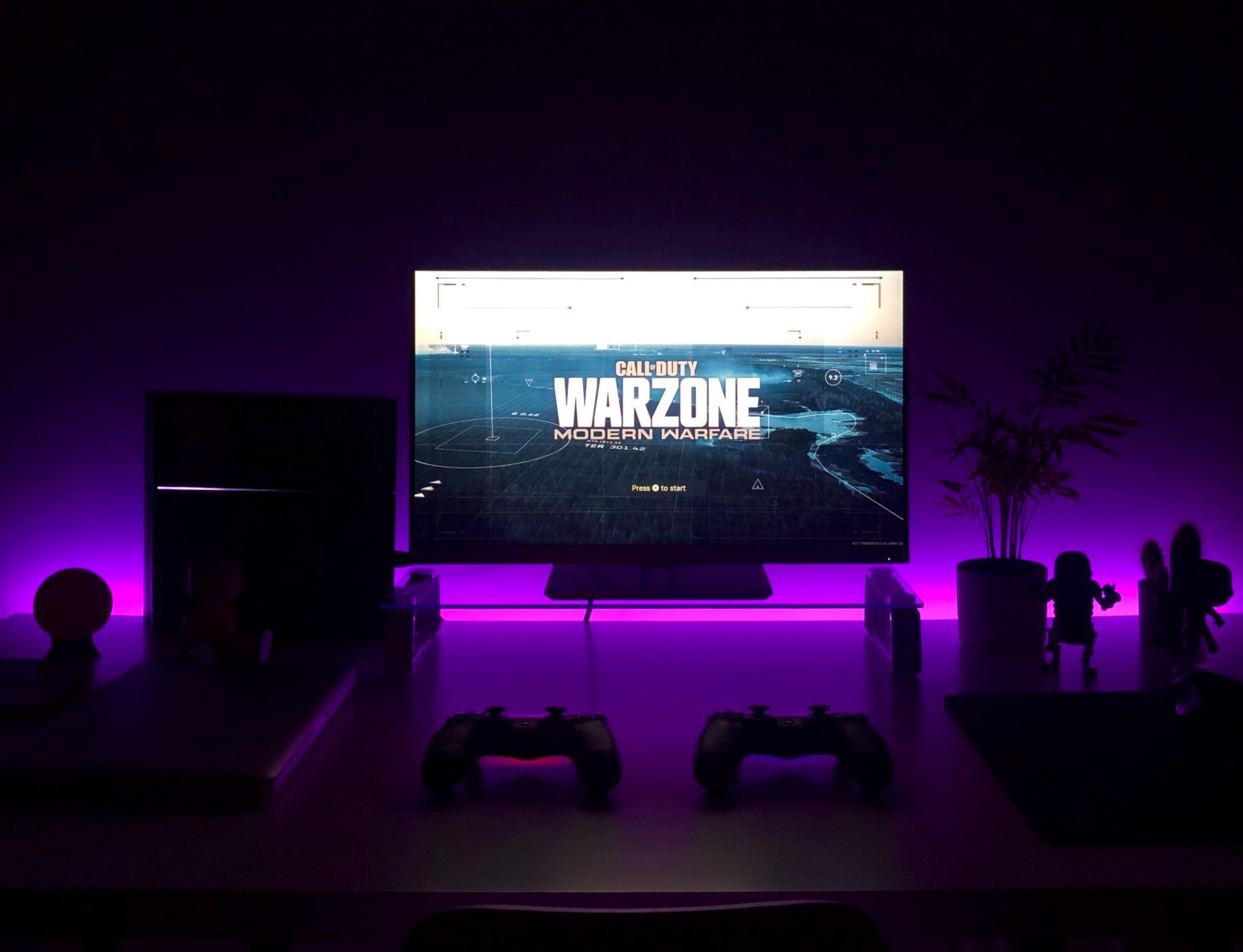 Massively multiplayer online games such as Minecraft, Roblox, Fortnight, and Eve Online have proven that gamers are willing to participate and support in-game economies of games they like to play. These game economies are currently centrally run and owned. Web3 is the next internet generation, where players control their data and identities.

Tools that facilitate this type of user interaction and ownership are Fungible and Non-Fungible Tokens powered by blockchain technology. Fungible tokens are like dollars. Every dollar is the same. Non-fungible tokens are anything that is unique, like your phone or car.

In a web3 world, players could own their in-game characters and items and trade them with other players without needing a central server. This would create a more immersive and realistic gaming experience and open new revenue streams for game developers. There are already several web3 games in development, with many launching in 12–18 months. With the growth of the gaming industry and the potential of web3, the sky’s the limit for web3 gaming.

P2E gaming companies monetize their game in an entirely completely new way. A P2E game can generate revenue through multiple streams, including initial sales of their digital assets (Fungible and Non-Fungible Tokens), ownership of in-game tokens, and recurring transaction fees within the game. Their monetization strategy is interesting, as they have to deal with a decentralized method of asset distribution.

According to a recent Dapp Radar report, blockchain gaming activity has grown 2,000% from the previous year (2021). The overall reported statistics are impressive. More than half (52%) of all blockchain activity appears to come from game dapps, and during Q1 2022 alone, more than 1.1 million unique active wallets were connected daily to blockchain games. An impressive feat! 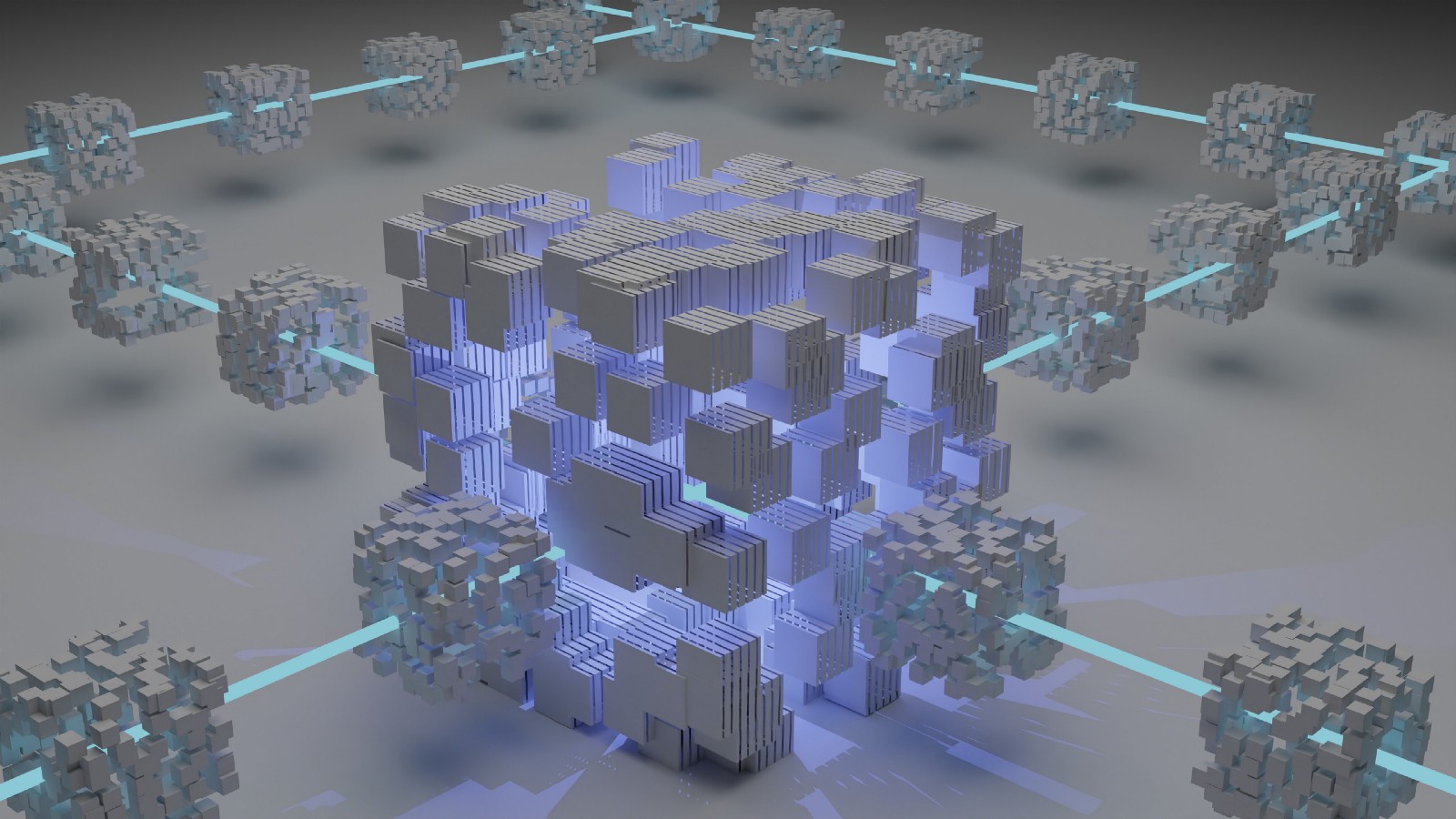 Although the current web3 gaming market is still very much focused on earning potential in-game, many other gaming companies are wary of the sustainability of P2E. They have chosen to simply integrate blockchain within their games to power some aspects of the gameplay.

It is still a relatively new industry that is only starting to be taken seriously by the establishment. One of the reasons why the gaming markets are so attractive is their nature to create in-game digital economies. Most modern games have a currency you need to buy or get perks within the game. In contrast, in the past, players could principally only derive fun from the playing experience. Web3 games allow players to derive financial value and financial assets from the game — completely negating what parents have been saying for years “You can’t make a living playing video games.” Due to their natural ability to simulate digital economies, the opportunity for a blockchain-enabled web3 component with games is a once-in-a-lifetime opportunity. Blockchain gaming can offer players a new level of immersion and game designers a new level of control.

Web3 gaming is just getting started! The heavy investment into space signals high confidence that some of the world’s best talent is now working on the next iteration of Web3 games. As these titles emerge, players will experience an increasingly higher quality Web3 gaming experience.

Also, for the current Web3 gaming P2E industry to reach its potential, critical infrastructure needs to be built. This tooling will allow us to facilitate value creation for players. We can take what we know helps facilitate value within physical economies to understand what tools we need.

Axie Infinity is a pokemon style game where players can buy, sell and trade their creatures (called “Axies”) on the Ethereum blockchain. In this game, players need specific cryptocurrencies ($AXS / $SLP) to perform specific tasks with their Axies. The game enabled players to breed and sell their Axies to other players.

Axie Infinity is the first P2E game that showed the world the possibilities of digital economies but has proven unsustainable. P2E gaming companies have learned from Axie Infinity and are now building the next era of web3 games.

Another popular functionality within the Axie Infinity ecosystem was letting someone rent, loan, or reward split with your Axie to play with. Playing with Axies was the only method to earn their in-game currency and thus spawned a budding ecosystem. Many web3 games have infused this renting model into their digital economies.

Although the reNFT protocol is not only for gaming, we are heavily invested in gaming, as we understand this will be the future of widely adopted blockchain integrations. We are creating a protocol (tooling) to enable rentals within any web3 games, thus unlocking new digital economy functionalities.

reNFT reNFT is the FIRST & ultimate NFT rental protocol for your #Web3 project. A multi-chain protocol and platform that can be white-labelled and integrated into any project to enable collateral-free in-house renting, lending, and scholarship automation!

reNFT is built for developers who are working on web3 projects. It’s our goal to make your life easier by rapidly enabling rental functionality. NFT rentals have many use cases, just like rental has in the real world. Currently, NFT rentals are gaining traction in the gaming industry, but they are also becoming popular in token-gated events and communities. Click here to learn more about different rental use cases. 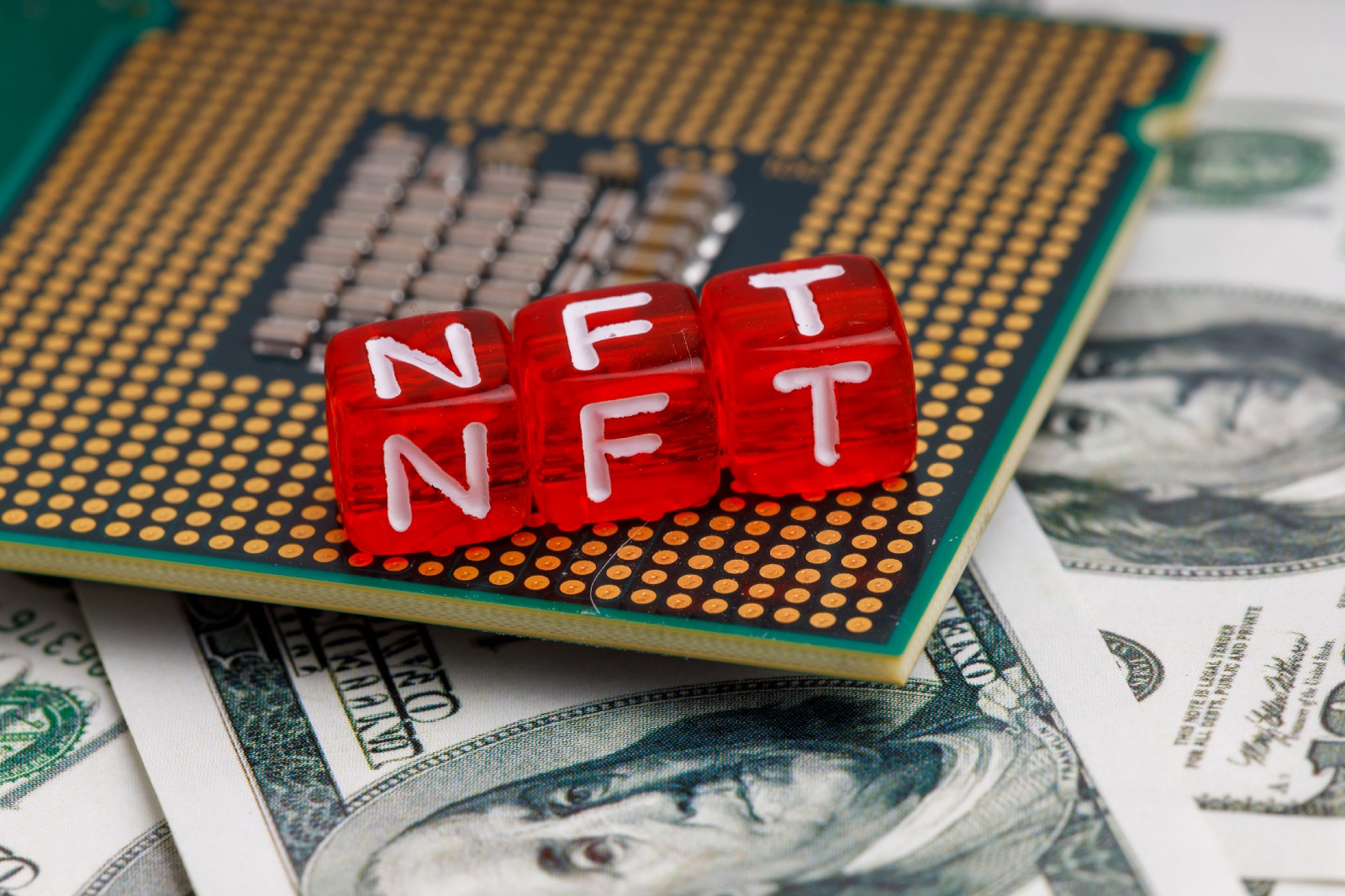 With the rise of blockchain technology, we see new types of games emerge. Web3 games have the potential to change the gaming industry forever. Although we have only seen one type of web3 game gain interest, Play-to-Earn, many more industry players from a web3 background are experimenting with blockchain technology.

Coupled with potentially a rebranding of specific concepts and the change in value proposition made possible by the earning of cryptocurrencies, digital assets, and passive income streams from renting NFTs, the future looks promising.

The next twelve months in blockchain will be significant, as the industry is poised to continue its rise as it enters a new era of gaming.