Be on the lookout for scammers trying to impersonate Google. The spammer will take advantage of the option for “Response Receipts.” These emails are sent from the email address “forms-receipts-noreply@google.com.” which is the official, legitimate email.

I received TWO emails in the last 5 days. See here: 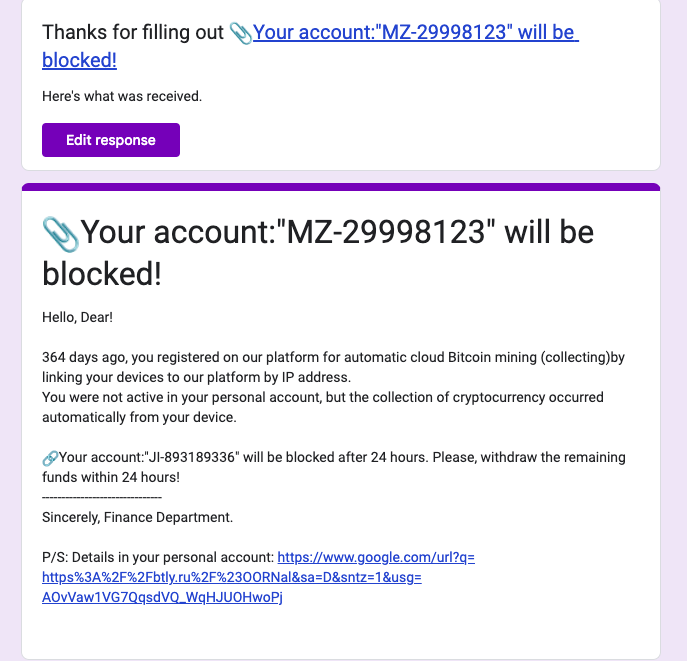 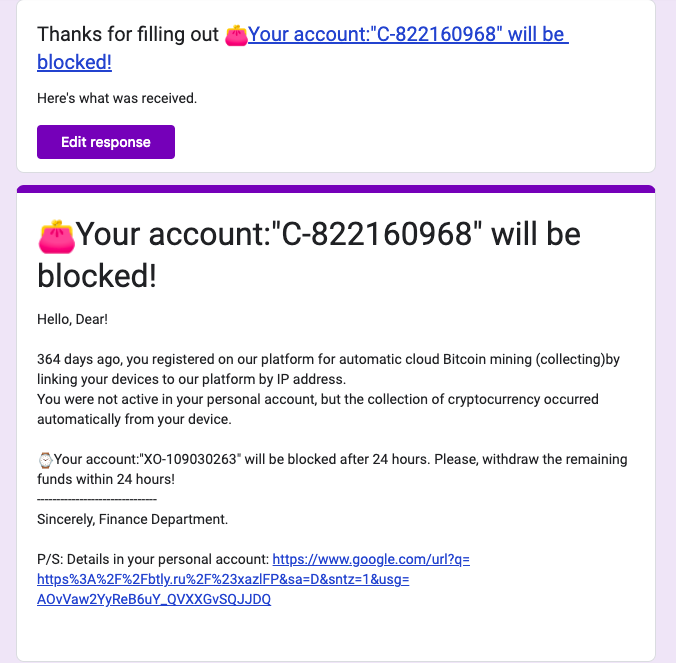 Phishing is when attackers send malicious emails designed to trick people into falling for a scam. The intent is often to get users to reveal financial information, system credentials or other sensitive data.

Usually, I just mark as spam anything that tells me I have free money, but I was curious that the sender used ‘google.com’. That’s an impersonation of Google.

Then it occurred to me that it’s a continuation of what happened last year with Google Calendar and Google Drive. It’s an abuse of Google’s official services in an attempt to appear legitimate.

How the Scam Works?

You will get an email pretending that you had previously filled out something official with Google when in fact you have not. You are now simply receiving an email asking you to fill out your email address and to click a link to verify. The email catches your attention because when you check the “From” field of the email, you see that it’s officially from Google. So you could end up filling it out and clicking the link, not knowing that the contents of that form are not from Google.

As soon as you fill out the form and click the link, part of the job of the scammer is done. The link could lead anywhere including asking you for the personal information you had not previously supplied or lead to any number of other fraudulent attempts as revealed in the Forbes article exposing Hushpuppi.

The strange part is that these small-time scammers have Google unknowingly doing their dirty work by creating these form receipts as an automatic feature of Forms.

How to Protect Yourself?

Stay safe out there, friends!