“You never change things by fighting the existing reality. To change something, build a new model that makes the existing model obsolete.” — Buckminster Fuller

Flight was one of humanity’s oldest aspirations. As one of the first people to think about how to turn that aspiration into reality, Leonardo da Vinci sketched out the logistics of flying in his notebooks. His drawings resembled a parachute or helicopter. Aristotle and Newton tried, but never figured out how to fly. Ancient Romans tested flying by attaching feathers to the backs of their slaves and pushing them from great heights.

In 1868, the Aeronautical Society of Great Britain concluded in its third annual report that “with respect to the abstruse question of mechanical flight, it may be stated that we are still ignorant of the rudimentary principles which should form the basis and rules for construction.” It was thought impossible.

Until two brothers came along — Wilbur and Orville Wright — whose building on the work of others aspired to invent a flying machine. Men had made hot air balloons and dirigibles, but they were susceptible to weather and unsafe. The accident of the Hindenburg Zeppelin killed almost half of its passengers. George Cayley had invented engines, steerable parts, and fixed wings, but couldn’t put them together in the right way. By observing birds, Otto Lilienthal learned how to build gliders that were able to fly and logged over 2,000 flights. Samuel Pierpont had built a heavier-than-air machine, but it didn’t carry a man. Octave Chanute recorded his studies and observations of past attempts of flight, which laid the foundation for future pioneers in aviation.

Although the Wright Brothers lacked formal education, they possessed the conviction that it was possible to build a flying machine. When they started out, they were still running a bicycle shop. Their attempt to make human flight possible was merely a hobby.

In 1901, when one of the brothers delivered a speech to the Western Society of Engineers in Chicago, he explained that manned flight was possible. They gained more insights after one year, and two years later they had built a propeller.

Four years later, on December 14, 1907, it happened. They asked their friend John Daniels to record this historic moment. When the machine started, Wilbur assisted his brother briefly, but towards the end of the track, the aircraft took off. The flight lasted a mere 12 seconds, but it was enough to make history.

As the brothers explained later, it was “the first time in the history of the world in which a machine carrying a man had raised itself by its power into the air in free flight, had sailed forward on a level course without reduction of speed, and had finally landed without being wrecked.”

Their younger brother pitched the news to The Dayton Journal, a local news editor, but was rejected. “If it had been fifty-seven minutes,” the editor reasoned, “then it might have been a news item.” The New York Times and The Washington Post did not find the story newsworthy, either. French newspapers called it a bluff. Nobody believed that two brothers from Ohio had solved the problem of flight. 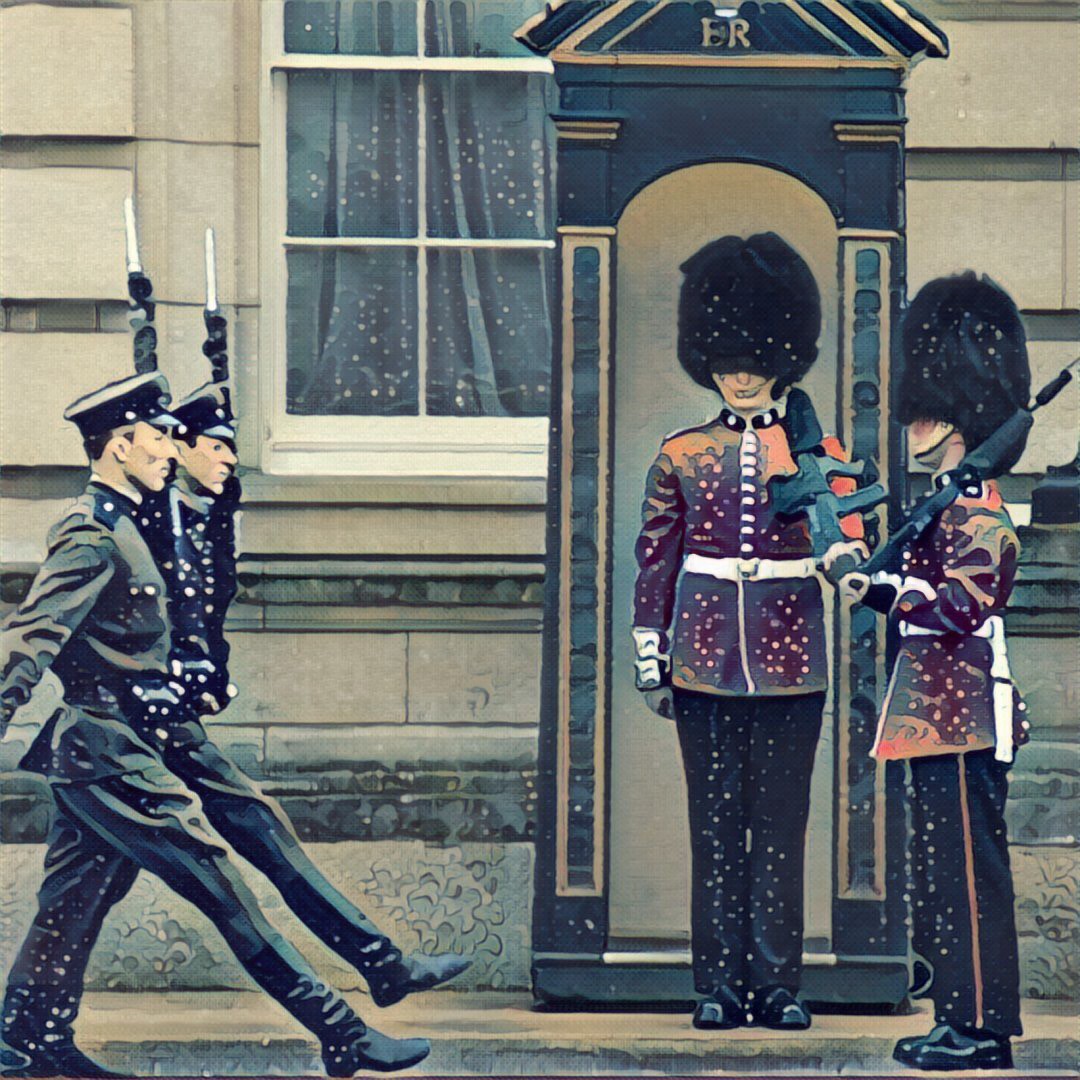 The Paris edition of The New York Herald in February 10, 1906 wrote, “The Wrights have flown, or they have not flown. They possess a machine, or they do not possess one. They are in fact either fliers or liars. It is difficult to fly. It’s easy to say, ‘We have flown.’”

“It is a fact,” The Washington Post declared in the same period, “that man can’t fly.” When the Wright Brothers proved them wrong and had their first successful launch, the world still failed to pay attention.

This is what we are up against when we push our ideas forward. There are always people who will oppose change and innovation. There is always someone that you are up against. We have to learn to deal with that.

When Galileo was advancing his science, he was up against the Church for supporting Copernicus’ heliocentric model of the universe. The Church allegedly declared that theory as foolish, absurd and heretical. The church believed that Earth couldn’t move. They actively discouraged Galileo from pursuing his theory or from spreading it any further. In fact, he was banned from talking about it. After a long trial, the Church made him gave up his theory and sentenced him to a prison term, confining him to his villa in Arcetri, where he lived until his death.

The guardians of the status quo oppose change and innovation. Take Charles Martin Hall, who reduced the price of Alcoa and was sued by the U.S. government. When American airline Pan Am offered tourist-class seats to its passengers, other airlines petitioned and asked the government to ban Pan Am.

When there is a new insight that can change the world, there is resistance. For example, with the invention of anesthesia, you would think that people would be happy. Yet elderly surgeons believed pain was a necessary evil.

The examples of changes in history that made its predecessors uncomfortable are endless. Whenever we push for something new, there will always be the old guard waiting to crush it. In 18th century France after a decline in agricultural employment, economists were worried about the consequences. François Quesnay and his fellow ‘physiocrats’ argued that manufacturing produced no gain in wealth and that switching from agriculture to industry would decrease a country’s wealth. They believed only farming reaped true wealth. Today, only one percent of the population works in agriculture, leaving the rest of us to take up more creative jobs.

If we are going to do anything worthwhile, we have to accept that we will be challenged — by those who don’t understand or have no interest in it and those who won’t profit from it. People who don’t take any interest in your ideas are generous in criticism.

We will fight harder on preventing losses than making gains, because we typically fear losses twice as much as gains. That’s why, as Daniel Kahneman, Nobel Prize recipient in Economics, argues, loss aversion is a powerful force that favors minimal changes away from the status quo. We can observe this in corporations, where the risk of getting fired if a new insight fails is far greater than the promotion if one is right. And if the new invention works out, there are often many people who take credit for it.

How do we fight the old guard? One of the best and clearest ways is to build an alternative by which you replace it. It’s easier said than done, but the trick is to focus on building something that is exponentially better than the current model. It won’t be easy, but you’ll have an easier time persuading everyone else.

There are other ways to combat the status quo that sometimes work. Consider how French Enlightenment philosophers did it using ridicule. Early on in life, Voltaire wanted to be a playwright, but his father opposed it and wanted for him to work in a public office. At first, Voltaire obliged and tried to fulfill his father’s wish. He was a law student, later a lawyer’s apprentice, and still later secretary to a French diplomat. He strived to be an independent man of letters. Eventually, he retreated into the libertine sociability of Paris and established himself as a popular figure through his wit and popularity.

In his most famous work, Candide, he satirized and ridiculed off the philosophy of Optimism espoused by Leibniz and the Pope. He made fun of a Dutch orator who cared more about his theological doctrine than helping people. Voltaire exaggerated the irrationality of certain beliefs and mocked the aristocratic belief in natural superiority by birth. What inspired him to do it? It was Jonathan Swift’s Gulliver’s Travels, which had political criticism embedded in its text. Voltaire eviscerated the status quo in writing and changed people’s perception of how society is supposed to work.

There are always guardians of the status quo, those people who don’t understand what you are doing. Those people who don’t have any interest to support you. Keep in mind that everyone has an opinion about everything — they’re the cheapest commodity. Instead of fighting them head-on, find a weapon that works to your advantage.