“The only way to do great work is to love what you do. If you haven’t found it yet, keep looking. Don’t settle.” — Steve Jobs

In the 1860s, Claude Monet and his friends, Édouard Manet, Edgar Degas, Pierre-August Renoir, and Paul Cézanne, were trying to sell their art. Broke and hungry for attention, they met every evening at the Café Guerbois in Paris, where they deliberated and discussed how to distribute their art. Their art was different, so different it didn’t fit into the existing establishment.

The establishment, the Salon, was the most prestigious art exhibition in Europe at the time. It showcased traditional paintings that were accurate and obvious in composition. Its conservative audience knew what they were going to see when they visited. At first, Monet and his friends attempted to have their art displayed there, but it was an uphill battle since the Salon did not cultivate their type of art.

Besides, due to the competitive nature of the Salon, rejections were the norm and those artists that were displayed had limited space. When they occasionally were accepted to exhibit their work, it created an outrage among the audience. If they wanted to get more pieces into the door, they needed to conform to the aesthetic standards of the time. It was time to find a new way to market.

After many rounds of coffee and deliberations, the artists recognized that they had tried to sell a niche product to a mass audience, when what they needed was to find a niche audience for their particular product.

At their first exhibition, they displayed 165 paintings, and less than 200 people showed up on the first day. However, over the next month, they gained attention from a small group of visitors.

By avoiding competition, they served an exclusive audience. “We are beginning to make ourselves a niche,” Pissarro wrote in a letter to a friend. “We have succeeded as intruders in setting up our little banner in the midst of the crowd.”

Over time they captivated their viewers and expanded to a wider audience. Today, their art is known as Impressionism. Each piece sells for amounts that their creator’s would have imagined impossible.

These days, with the help of the internet, the price of accomplishing anything has steadily fallen, and that raises the number of competitors. To create something of value requires ingenuity. So how do you find your niche to stand out from the crowd? 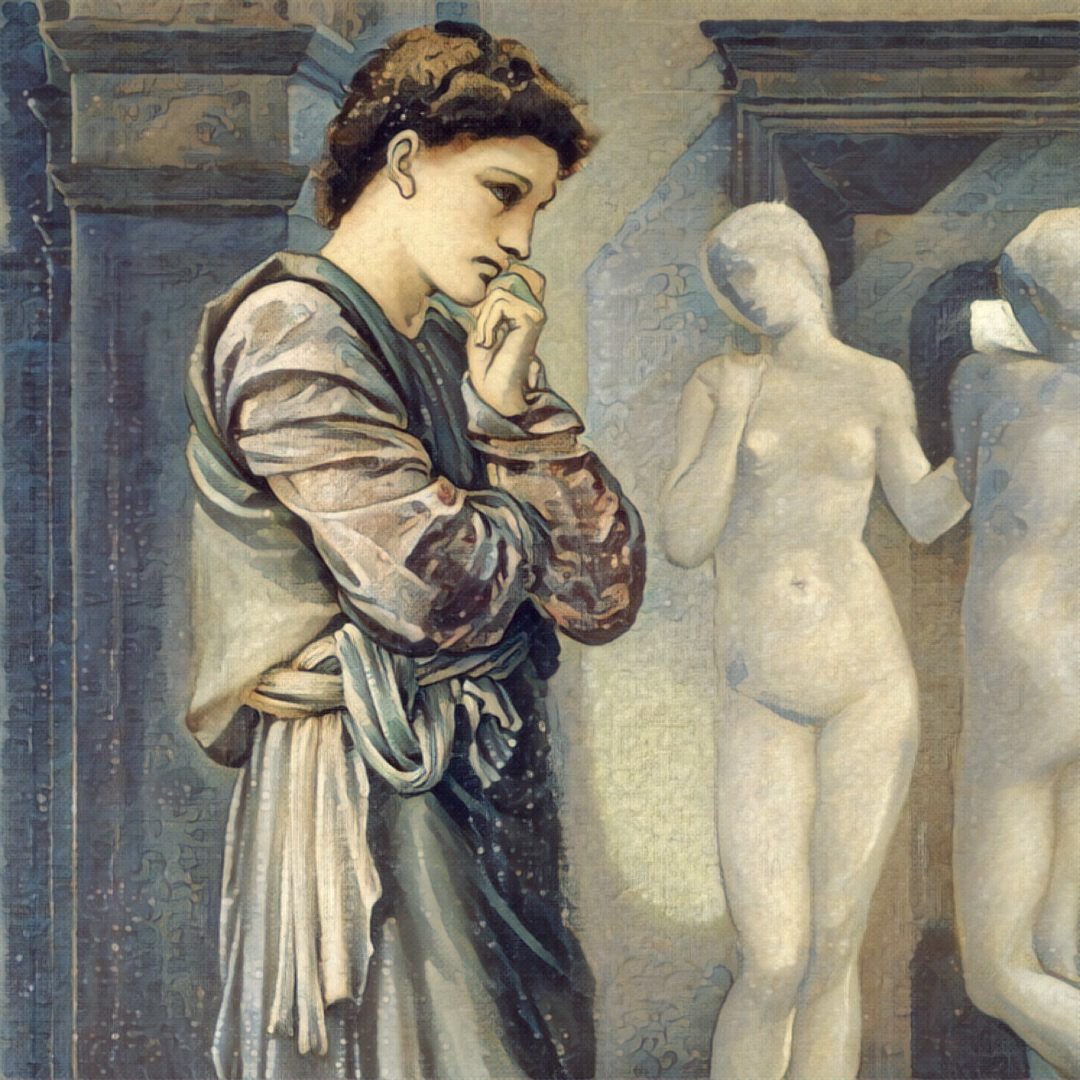 Like Monet and his friends, we need to find a niche that leverages our strengths and interests. Ideally, we should provide value in a way that avoids us competing with anyone. The most competitive markets are often the most saturated and offer the least amount of return. Finding your niche is about understanding what you can offer for what the world currently needs.

A good way to start if you don’t know your strengths and interest is to be pulled by what naturally draws your curiosity. Consider this lesson from British primatologist Jane Goodall. Since she was a child, she was interested in the outdoors, but it was when she received a monkey as a stuffed animal that she had an inkling of what she wanted to do for the rest of her life. Living on a farm, she spent time in a henhouse watching how hens lay eggs. She founded the Alligator Society, a club for teenagers where members had to identify different animals.

On her first trip to Africa, she spent time with a famed anthropologist, where she began to study chimpanzees — a passion she never lost. She figured out how to spend time with the chimpanzees without appearing threatening, and soon they tolerated her presence.

The more time she spent with the animals, the more they began socializing with her. After she had been accepted, she was able to learn more about their behavior. For example, she noticed how they use tools. Throughout her work with the chimpanzees, she discovered chimpanzee behavior that had been unknown before. She is recognized as one of the world’s leading experts in her field.

The more we understand our different interests and strengths, the more likely we will be able to carve out our niche by combining them. Finding your medium is a process of self-discovery and never happens in isolation. In order to unlock our unique skillset that can allow us to contribute to the world, we must ask ourselves, What is the value I can provide?

As mayor of New York City, Fiorello LaGuardia had to learn how to delegate as the city and the country were in the midst of the Great Depression. The stock market had collapsed, and unemployment was at a record high. The budget was severely underfunded. Yet LaGuardia excelled despite this because he understood his role as a mayor and how to work with others.

Thanks to his close relationship with U.S. President Franklin D. Roosevelt, a good portion of federal money flowed into the city’s annual budget. His public programs were wide-reaching. He built bridges, health clinics, and playgrounds. He cleared slums and provided cheaper housing opportunities to the poor. He frequently held radio programs to maintain a healthy relationship with his constituents. In collaboration with Robert Moses, he created some of the most beautiful parks in the city, which provided New Yorkers an eden to retreat to from city life. LaGuardia was able to play his part and empower others.

As an African proverb suggests, if you want to go far, go with others. As individuals, there is only so much we can do. If we try to do everything on our own, we will just get frustrated and burnt out at failing to achieve what we set out to do. We will inevitably lose sight of what we are uniquely capable of. To learn how to find our niche, we need to be conscious of what other people are doing.

Keep in mind that many of today’s problems require convergences of many disciplines, rather than one specialized training. The Institute of Future calls this a T-shaped convergence of specialized expertise and understanding of a range of disciplines. It’s difficult to stand out if you follow the crowd. Position yourself in a way that leverages your unique strengths.