“We have it in our power to begin the world over again.” — Thomas Paine

For most of its history, Europe had been in a state of war. World War II was the culmination of centuries of bloody warfare and destruction on the old continent. The two world wars had killed and displaced millions of people. At the end of the war, Europe was devastated, with shortages of food and raw materials and high unemployment.

After the war, European leaders got together to reimagine a new kind of Europe, one that would promote peace and stability and depart from its old operating system. “Never Again” became a common expression to inspire Europeans to set a new foundation. It was time to imagine a different kind of Europe, focused on trade and cooperation instead of nationalism.

We have all been in situations where everything we have worked on has collapsed. We get to the point when we recognize that we have to change and chart a new direction for ourselves. But how do you go where you have never been? How do you do what you have never done before? Our gut response is to believe it’s impossible.

After growing bored with life in New York, Harvey Milk moved across the country to open a camera shop in The Castro, San Francisco’s gay neighborhood and arguably the gay epicenter of the world. Harvey had known he was gay since high school, but had kept it private until reaching the Bay Area. Milk was interested in becoming politically active, but being openly out in and in a public position was not encouraged by the political climate.

He wouldn’t let that stop him. He spoke up and became politically active. In 1977, his efforts paid off; he won a seat on the San Francisco Board of Supervisors, becoming the city’s first openly gay officer. He made the impossible possible and became an inspiration to the entire LGBT community. Despite his tragic assassination one year after his inauguration, Harvey Milk remains a symbol for activism and a champion of civil rights for homosexuals. 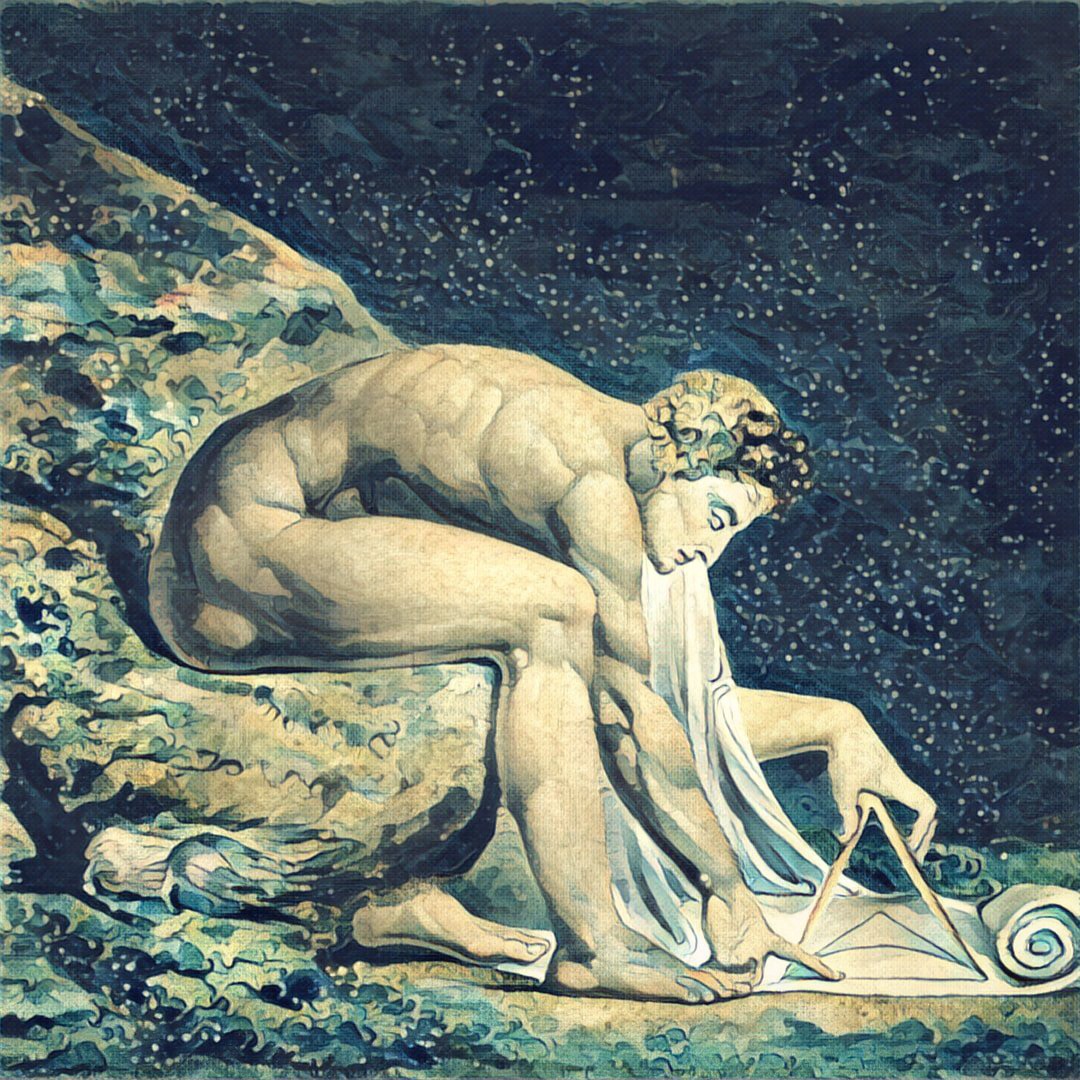 Possibilities — it’s what film director James Cameron calls the moment when the fantastic becomes the possible. When opportunities open up and a new world opens. The first step in kindling your imagination is to not let past or preconceived notions interfere.

When Konrad Adenauer was appointed the first chancellor of post-war Germany, he was tasked with forging a new path for his country. As the primary culprit of the war, Germany faced an enormous challenge to divert from its past and be regarded as a respectable country again.

From 1949 to 1963, he led Germany towards an economic recovery of epic proportions, known today as the Wirtschaftswunder. He pioneered a social market economy that combined free competition with government responsibility. He achieved national sovereignty for Germany and established friendly ties with France and other Western countries, contributing Germany’s share to unite Europe.

Adenauer understood that he had to use imagination and not be trapped by Germany’s past. By transforming the image of Germany and recovering its industries, he repositioned Germany as a defender of liberty and lead the country back to moral responsibility.

One way to imagine what’s possible is positive visualization. In other words, picture yourself already having what you want.

“It’s the same process I used in bodybuilding,” Arnold Schwarzenegger explained in his distinct accent to Steve Chandler for 100 Ways to Motivate Yourself. “What you do is create a vision of who you want to be, and then live into that picture as if it were already true.”

Imagining yourself into the new image you want to become requires continuous effort. Expressing our desired future gives us confidence and clarity while moving towards it. Carrying a positive image of our future self makes us more robust in the moments we doubt ourselves the most.

Michael Jordan did not make his high school’s varsity team. After being rejected, he still believed in himself. Legendary boxer Muhammad Ali embodied the idea that you need to feel that you are the best even when you are not.

Having doubts is okay. At the inception of the United States, many colonists believed that they could never be as sophisticated as the people or the country they’d left. Founding Father Thomas Jefferson cautioned young Americans about traveling to Europe where, impressed by the old continent, he feared they would never return. After World War II, in an effort to promote free trade and prevent bad governments from emerging, the United States helped with the Marshall Plan, which gave billions of dollars to reconstruct Western European economies. At the time, the idea seemed implausible, but the United States believed that Europe could become one of its strongest allies.

To bring peace to Europe, an alliance between the two biggest rivals on the continent had to be established. In 1951, the Schuman Plan, which set up the European Coal and Steel Community, solved the coal and steel problem between France and Germany. The Treaty of Rome, which eased trade throughout the six member countries, marked another point in the process of European integration. In 1993, the European Union was founded.

Every step that led to closer integration was nowhere near perfect — each had its set of flaws — yet it was a move towards a newly imagined future. Despite setbacks that manifest with any new foundation, over 60 years later the project is still standing and has brought peace to Europe — an almost inconceivable feat seventy years ago.

It is one thing to imagine the future that you want to live in, but how do you build that future? Imagination without application is a dream with no plan. It is not enough that we wish for something to happen. We need to set goals that we can strive for and attain.

When I planned to move to the United States to pursue my dreams, in light of my lack of resources, I focused on relying on my imagination rather than being constrained by reality. I used my childhood memories to re-imagine my life and what I could become. Obviously, it wasn’t that easy. Imagination is merely an exercise in thinking of more creative ways to reinvent your life.

Thought experiments allow us to use our imagination when we think about something, rather than be constrained by reality. Since he was very young, Albert Einstein would play around with the following thought experiment: What would happen if you chased a beam of light as it moved through space? This thought experiment paved the way for his theory of relativity.

In another variation, he imagined two twins born at the same time, but one of them lives on earth, while the other one orbits the earth at the speed of light. He figured that the twins must age differently since the twin in space would age slower.

As Nikola Tesla put it in his private letters that are now part of My Inventions and Other Writings: “When I get an idea, I start at once building it up in my imagination. I change the construction, make improvements, and operate the device in my mind. It is absolutely immaterial to me whether I run my turbine in my thought or test it in my shop.”

Let’s also be inspired by those who had tremendous disadvantages and, in lieu of them, reimagined and constructed a new life for themselves. It is often the people with the harshest adversity who find purpose and propel themselves upwards. At age 13, Erik Weihenmayer became blind, but instead of feeling restricted by his possibilities, he learned how to imagine a new future. After climbing the highest peak in North America, he aimed at the highest mountain in the world — Mount Everest. And at 33, he was the first blind person to reach its summit. One year later he had climbed all Seven Summits, the highest peak on each of the seven continents. He redefined what it meant to be blind. Since then, he’s opened a camp for blind teenagers and has inspired more blind people to transcend their disability.

If we stop constraining ourselves by the things that we think limit us, we can create the unimaginable. Psychologist Mihaly Csikszentmihalyi explains that when inmates pay attention to details, they stay mentally free. For example, Eva Zeisel was imprisoned in Moscow, yet figured out how to make a bra with limited resources. Another prisoner mapped the entire world on the floor of the cell and pictured themselves traveling across it.

You don’t have to be a slave to the identity that society gives you. It is up to you to create the identity of your choosing. Think about anything that disables you, whether it be physical, psychological, or anything else, and imagine ways around it.