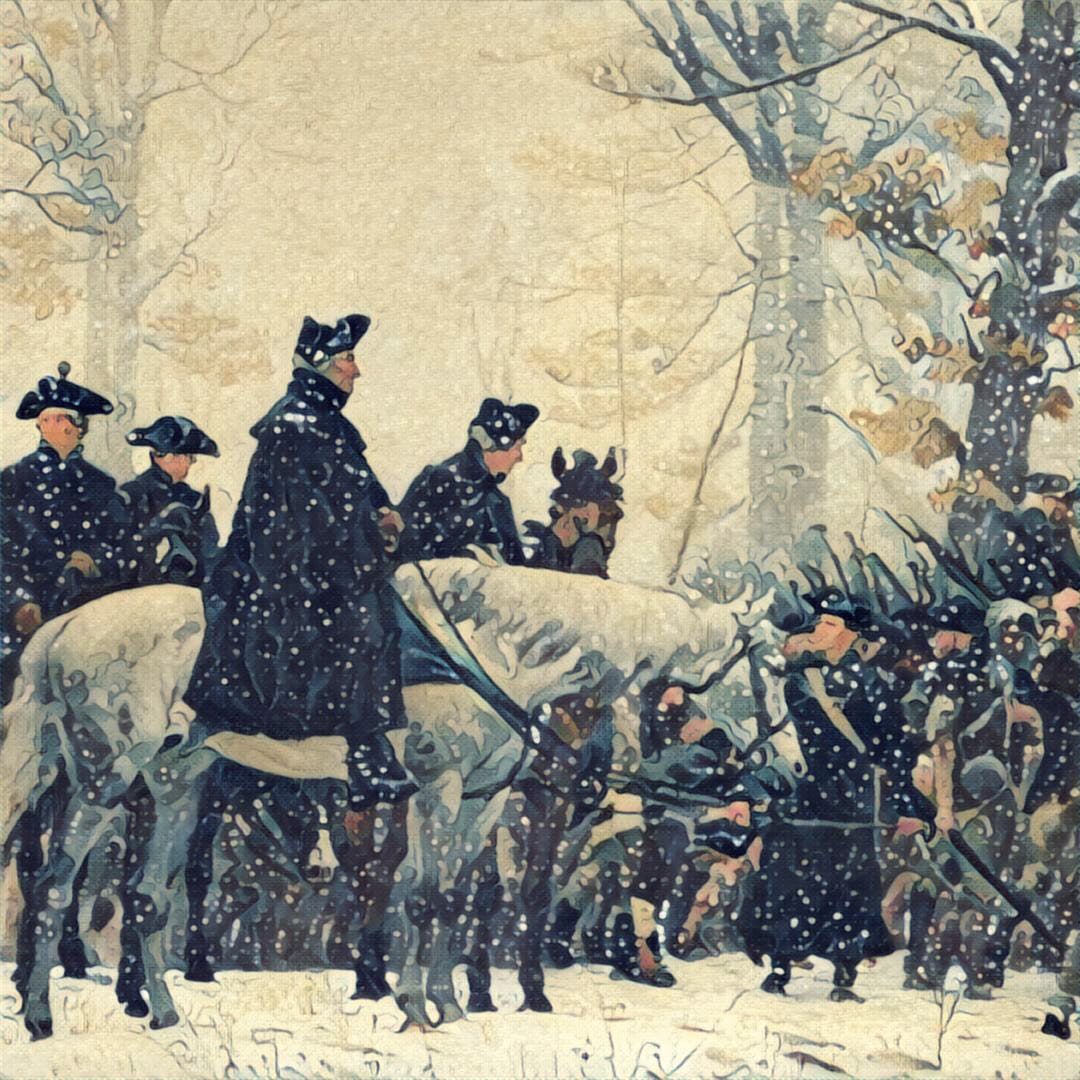 “When without resources, depend on resourcefulness.” — Sun Tzu

In December 1776, six months after the Declaration of Independence had been adopted, things were looking dire for General George Washington’s Continental Army. In fact, failure seemed just around the corner. As the underdog, the American army lacked guns, ammunition, and artillery. It lacked clothing, tents, blankets, and steel for bayonets.

The British had already captured New York City and Rhode Island. Fortunately, British arrogance spared Washington’s army from being wiped out early. The British didn’t see the colonists’ resistance as a real threat and believed that a little display of force would suffice to end this insurgency. They didn’t understand the anger and pain that colonists felt.

Under cover of darkness, Washington relocated his troops from Brooklyn Heights to New York, saving thousands of troops in the process. During the following weeks, there were a series of battles, but Washington always skillfully retreated when circumstances were not in his favor.

It wasn’t a pretty strategy, but it was an effective one. Nevertheless, as armies headed into winter quarters, Washington’s situation was still far from good. The British had sent more troops, and Washington’s army reduced to about 3,000 soldiers. Meanwhile, food supplies and pay for soldiers were at an all-time low, and soldier enlistments would run out by the end of the year. 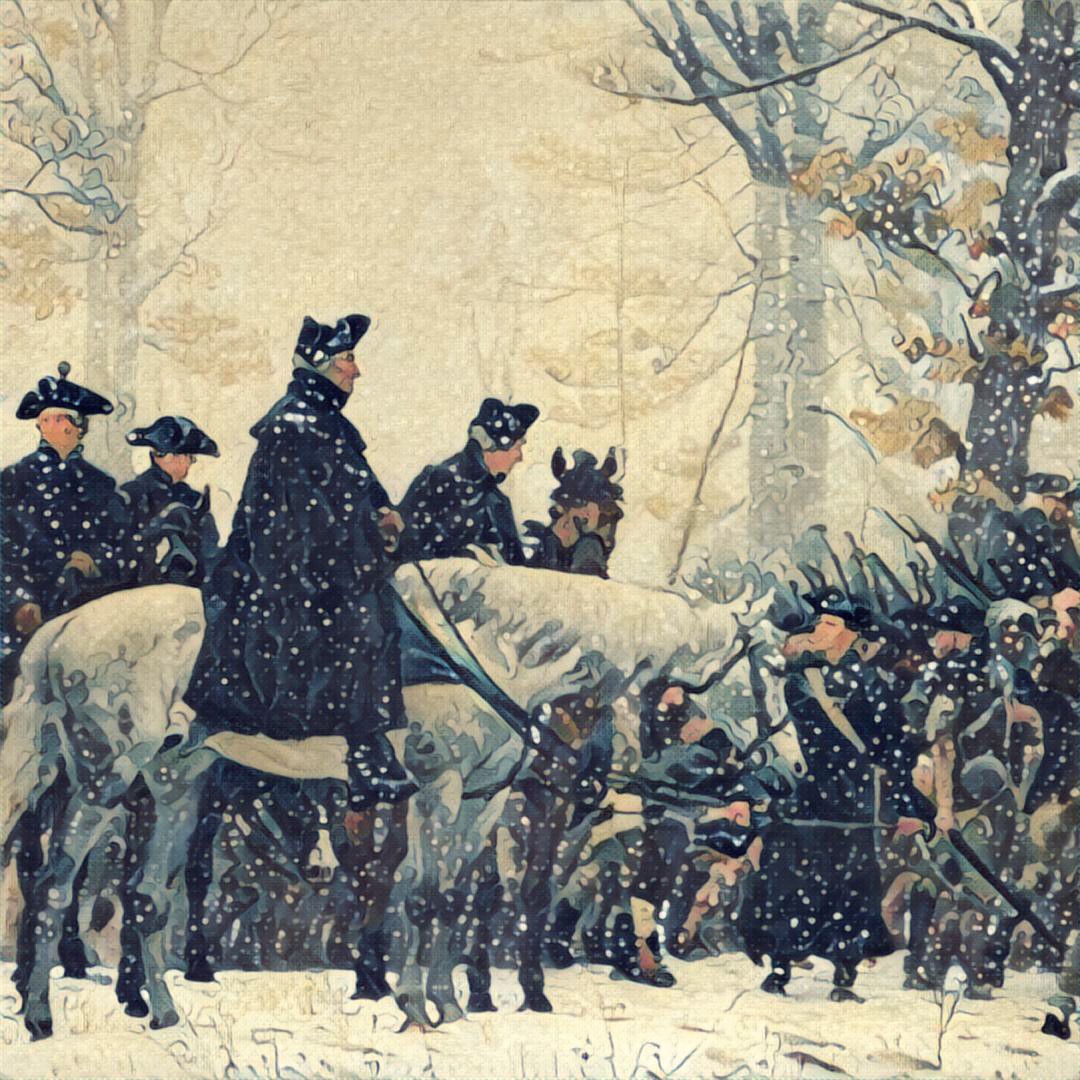 During that time, Thomas Paine enlisted as a soldier and wrote a series of essays to encourage his fellow soldiers. “These are the times that try men’s souls,” he wrote. “We have this consolation with us, that the harder the conflict, the more glorious the triumph.”

After Washington had made a personal plea to his soldiers to stay around until Christmas, he planned a surprise attack. On Christmas Day, Washington attacked a group of sleeping German mercenaries and captured thousands of prisoners. That battle and the next battle at Princeton boosted the army’s morale.

As an Englishman observed, the soldiers had recovered from their panic when they had almost given up on the cause just a few days ago. Washington’s strategy of retreat and surprise was powerful because he understood that he didn’t need to defeat the British. It was a strategy that leveraged his resources, and despite being outnumbered in resources, his strategy of withdrawal led to saving thousands of lives and was pivotal in deciding the war.

We are often limited by what we think we can or cannot do. If we believe that we cannot do something because of our lack of resources, we rarely even try. We fool ourselves in thinking that if only we had what we’re missing, everything would work exactly as we want to.

The truth is that lack of resources are seldom the reason for not being able to make things happen. Never tell yourself that a monetary token is the reason for not being able to turn your idea into reality. Like Washington, we need to work with the resources we do have at our disposal. Even better, we can find creative ways to leverage our existing resources. This can simply mean that we are able to play the situation to our advantage.

Being resourceful is a simple activity similar to physical exercise. You orient your life around the things that are important. If you only focus on what is essential, you can get by with only a small amount of resources.

Roman philosopher Seneca advised to practice poverty from time to time in order to appreciate the many things in life that we take for granted. It’s a practice for never letting the lack of resources interfere with the way you want to live your life.

Keep in mind the creativity that results from constraints. If all we have is three blank pages, we are forced to think different than if we had an unlimited supply of notebooks.

When young Jane Austen grew up, her father encouraged her to read from his extensive library. In the evenings, she would often read a novel out loud, and she continued to write in her notebooks which improved her craft.

As a woman in her era, it was difficult to publish her work in her name, but she continued writing despite the discouragement. Soon, she started to write her own novel and eventually she published her work anonymously.

The constraints she faced only spurred her to write even more ferociously. Instead of being angry and resigning at the bleak prospect, she improved her writing constantly. Like Austen, we need to see constraints as a way to imbue creativity into our lives.

During his solitary confinement, prisoner Tollas Tibor survived by organizing a poetry translation contest. It took months for all the inmates to decide which poem to translate. They would pass secret messages from cell to cell. Without tools or paper, they had to come up with creative ways to memorize the poem. At the end of the cycle, they voted on the best translation, then restarted the game.

Again, it is rarely the lack of resources that prohibit us from doing what we want to do. It is our prerogative how we manage our time. Instead of being stifled by what we think we lack, let’s focus on what we have and how we can put it to use.

Just think about something that is limiting you right now. Instead of getting discouraged, consider ways you can turn that limitation into an advantage, something that gives you an edge.