“When you have exhausted all possibilities, remember this: you haven’t.” — Thomas Edison

“We had about a week’s cash in the bank or less, and there was very little time in the year to resolve these things,” Elon Musk recounts, “I mean there were two or three business days left in the year.”

Tesla Motors, the electric car company he co-founded, desperately needed funding to stay alive. After the financial crisis had cast a dark shadow over the global economy, finding investors was tricky. After all, the company was selling what seemed at best an optional car.

“I had to make a choice then,” he recalled. “Either I had to take all the capital that I had left from the sale of PayPal to eBay, or the company would die.” Musk decided to put his entire fortune into the dying company. It worked by sending a signal to other investors.

In the last hour of the last working day of the year, the financing round successfully closed. If the money had come in a few days later, the company would have been bankrupt.

Happening around the same time, SpaceX, the space exploration company, was burning through its three launches. When the third launch failed, it seemed that the startup was about to die.

Immediately following the third failure, Musk walked past the press to address his team. As former SpaceX employee Dolly Singh recounted, he stood undeterred in the face of all odds and unimpressed by the fear of failure while addressing his colleagues. They knew it was going to be hard, he told everyone. It was rocket science, after all. “For my part,” he added, “I will never give up. And I mean never.”

He announced to his team that he had secured funding for two additional launches. Everyone began to cheer. In an outstanding demonstration of leadership, Musk turned the failure and gloomy mood just minutes earlier into constructive feedback.

Following his speech, everyone returned to work with a rekindled spirit. Rejuvenated by Musk’s mental strength, colleagues delivered a work ethic that has been unparalleled in space exploration. What usually takes months was completed weeks. As soon as the team discovered the cause of the launch failure, they prepared for the next.

On September 28, 2008, SpaceX became the first private company to send a rocket into orbit. In December, Musk got a phone call from NASA, which promised to purchase 12 flights, a contract worth $1.5 billion. Upon hearing the news, barely able to hold the phone, he blurted, “I love you guys.”

In a remarkable turn of events for Tesla, Daimler invested into the company, and the U.S. Energy Department granted a $465 million loan. SpaceX’s and Tesla’s funding problems had been solved.

Against all the odds, Musk showed a remarkable sense of persistence, steering his two companies from the brink of collapse to the triumph of billion dollar revenues.

Any successful undertaking requires persistence. In fact, it’s impossible to get anywhere if we give into temporary defeat. Persistence means having the discipline to do the things that everyone else doesn’t want to do. It is going from failure to failure without loss of enthusiasm. As an African proverb describes, “When rain falls on the leopard, it wets him but does not wash out his spots.”

We need to learn how to exercise persistence from the moments when everything seems to fall apart. When things are going wrong, doubt is our companion. We question ourselves and what we are doing. This is the time when persistence is most needed — and also the hardest to obtain.

On my journey to America, I had many failed attempts even before ever setting one foot into the country. At the time, some of those defeats seemed like permanent failures. I couldn’t see how I would be able to turn things around. Yet every time, for some reason, I persisted. Not because I was born that way, but because I had made a commitment to go to America to work on my dreams there.

Like Musk, we need to make up our mind where we want to go and then stand behind our idea. We need to put our money where our mouth is. When we put skin in the game, it’s harder to give up. If we commit to the future we want to build, we are no longer paralyzed by the multiplicity of options.

However, if we are unsure of where we want to go, persistence is very difficult. If we lack conviction, we will question and doubt everything. In turn, the more we commit, the more we are invested into the future that we dream about, the more inevitable our persistence will become. And if you win the war, nobody will ask about your lost battles.

Of course, persistence doesn’t mean that you should bang your head against the wall. When something isn’t working, it’s time to try something else. Iteration and prototyping are essential components of growth. Avoid mixing up persistence with stubbornness. Never giving up is not equal to staying on the same road all the time.

As persistence is most needed in times of adversity, let’s remember Athenian orator Demosthenes and learn from his example of how to turn any trial into triumph. 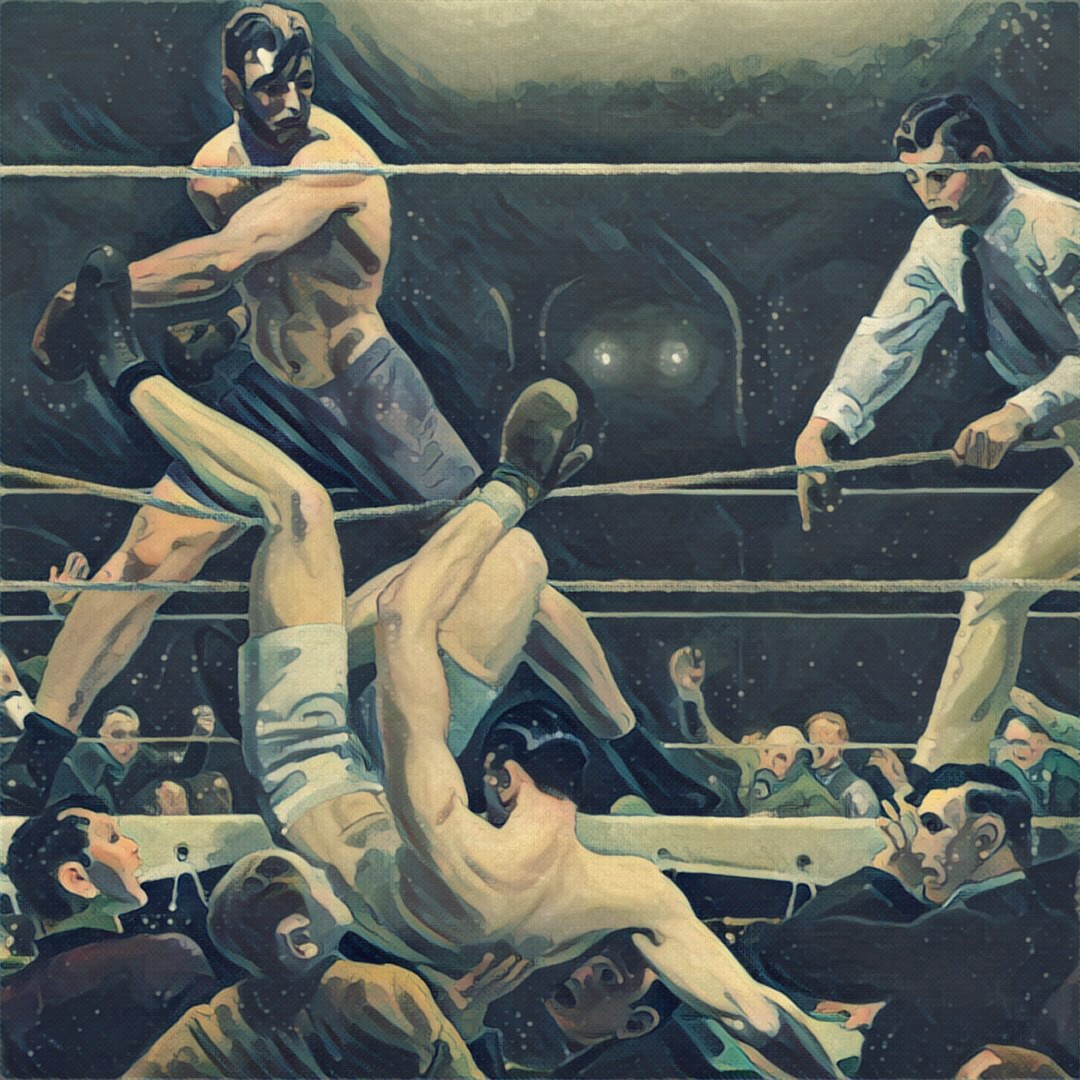 When Demosthenes was born, he had a speech impediment which made his life difficult. People laughed at him, but he persisted through the bad times. Inspired by a speech that he had watched, Demosthenes worked with tremendous effort to mold a new image that would transcend his natural disadvantages. He wanted to be able to give a speech that was as great as the one he had watched as a kid.

To realize his goal, he developed exercises. At times, he would fill his mouth with pebbles. At other times, he rehearsed speeches and gave them with one breath. He practiced and improved with every interaction. Whenever he was made fun of, he channeled his anger into becoming stronger. Eventually, he became the great orator that he had always wanted to be.

In the Chinese language, the word “crisis” has two meanings. It means risk, but also denotes opportunity. Like Demosthenes, we need to dedicate ourselves to excellence and be fueled by our trials.

When I ran my first marathon, I had barely prepared for it. I had underestimated how much more difficult a marathon gets with every mile conquered. The first half was easy; the last quarter was unbearable. The last couple of miles, I was ready to fail. Toward the end of the marathon, an old man helped me with a strategy to finish. He told me to run for one minute and walk for thirty seconds.

In the past, women were not allowed to do everything that men could do. Many men didn’t see why that should change. Polish-born French physicist Marie Curie, however, wasn’t deterred by those obstacles. She worked hard and dreamed of having a university degree one day. Unfortunately, she couldn’t attend the University of Warsaw as it was only for men at that time. Instead, she took informal classes that were held in secret. She did everything she could to achieve her goal. In 1893, she earned a master’s degree in physics at the Sorbonne in Paris. She continued to dedicate herself to science and in 1903 became the first woman to receive the Nobel Prize in physics. Surely her persistence played a key role in her success.

Other people can be smarter than you, have more resources, or start out in a better position, but with persistence, you can beat them all. Giving up is easy, but sometimes success is around the corner if you try one more time.