“The great man is he who in the midst of the crowd keeps with perfect sweetness the independence of solitude.” — Ralph Waldo Emerson

In 1841, Ralph Waldo Emerson published an essay that would inspire generations of thinkers to rely on themselves. In his essay entitled Self-Reliance, he encouraged his readers to trust their own voices instead of giving too much weight to the voices of others. “Trust thyself,” he exclaimed. “Nothing can bring you peace but yourself.” What distinguished great thinkers from everyone else, he claimed, was that they did not disregard their own thoughts.

He argued that being yourself in a world that is constantly trying to make you something else is one of the greatest accomplishments. But it is not immediately obvious how to think for yourself.

In 1845, American essayist Henry David Thoreau would go into the woods, not to hunt or to do anything in particular, but to think and reflect on his life. He spent two years at Walden Pond, out in the woods, distracted by no one, living a simple life. He worked as little as possible in order to avoid the desperation that he saw in other men. He recognized that loneliness can occur even when amidst friends if your heart is closed.

From time to time, late at night when I would come home in New York, I would hang out near the Metropolitan Museum of Art. In front of the museum and across from Central Park, while no one was there, I would sit and reflect on my life. There are hundreds of visitors going in and out of the museum daily; yet at night it was empty. Occasionally a taxi or pedestrian would pass by. I liked the solitude and there were no distractions. There is something about having these times to yourself, without distractions, when you can just think — even if it is just for fifteen minutes. Sitting there alone with my thoughts became my meditation.

Every day, there are so many things that we think about and need to take care of. Often we forget to take a step back and take care of those thoughts. Solitude is important because it allows us, to some extent, to crystallize our thinking from our environment. 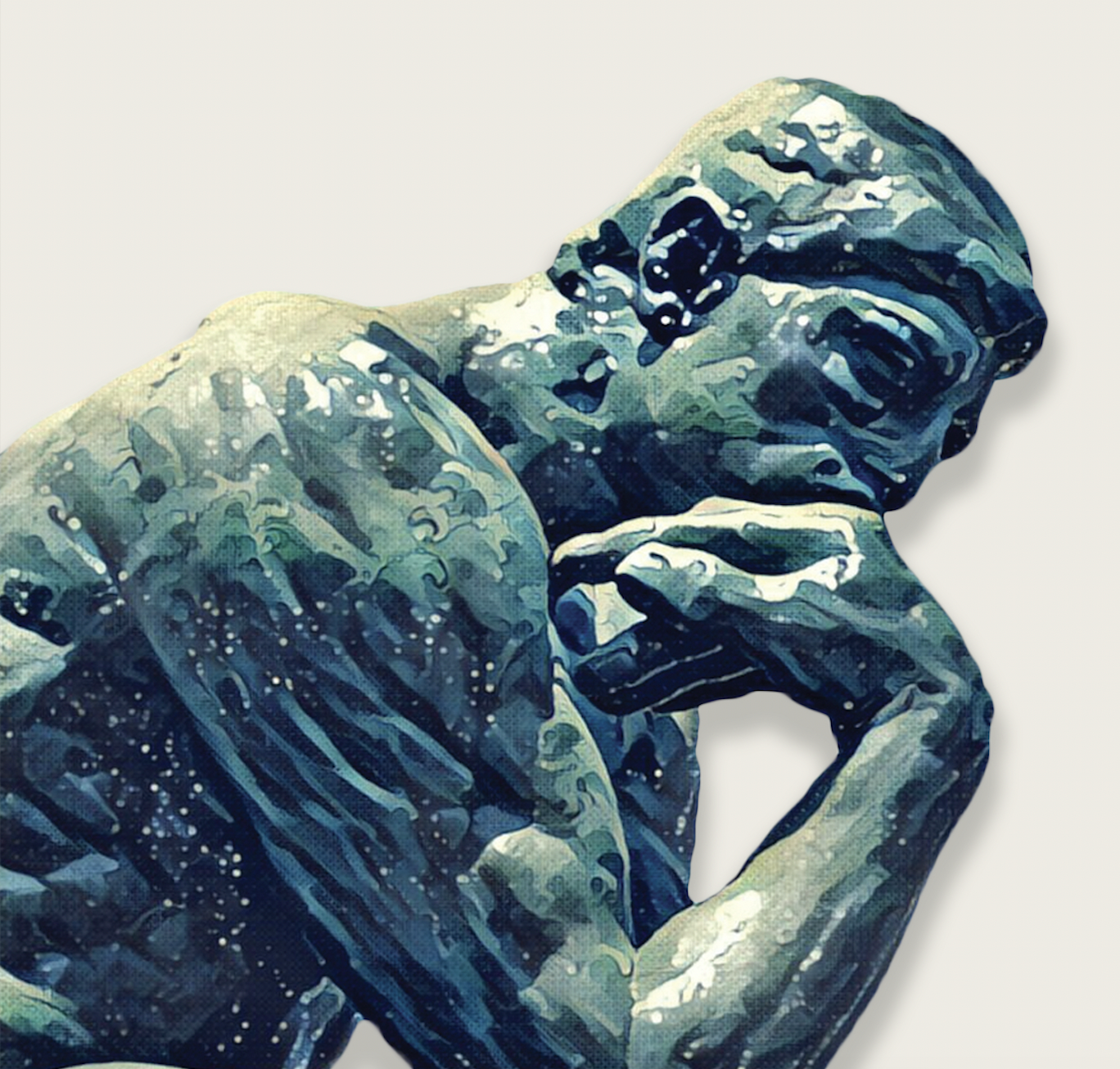 Investors have to do this all the time to be successful. In 2005, hedge fund manager Kyle Bass began asking questions when he noticed anomalies in the historical trend of the U.S. housing market. The conventional wisdom at the time was that the housing market could never go down. Over the last fifty years, housing prices and median income went in tandem.

Since 2001, he had observed housing price went up 8%, but incomes only moved by 1.5%. At the height of the 2008 financial crisis, when few market participants realized what was about to happen, Kyle Bass made an enormous bet.

He questioned everyone’s assumption that the housing market would continue to go up. After realizing that not one Wall Street model had taken into consideration the possibility that housing prices would go down, he shorted the housing market — making a bet that it would fail. He was told that for his speculation to work, the entire market needed to collapse. Within 18 months, Kyle returned 600% on his investment, yielding over a billion dollars.

As John D. Rockefeller knew, “the man who succeeds in life must sometimes go against the current.”

When we look back at a financial crisis, the turning point seems obvious. When looking at forecasts instead of results, only a minority realizes what is going on. It’s hard to withstand the group dynamic of following the herd. By nature, humans are social animals, and we are drawn to do what others do. To stand apart and choose something different is odd.

Appalled by the rise of the democracy, French sociologist Gustave Le Bon was critical of giving power to the masses. To Le Bon, a crowd was more than the sum of the individual parts. It was an independent organism with an identity and will of its own that is intellectually inferior to an individual. For example, parliaments often pass laws that no sane individual would allow to pass. The reason this happens is that a crowd is often governed by emotions that are harder to control than those of an individual.

In his study of the madness of crowds, author Charles Mackay concluded that intelligent individuals are perfectly rational when in isolation, yet as soon as they share the same room and individuals, they turn into a group with one voice, their rationality disappears, and the crowd develops its own mind with its own rules.

“Men, it has been well said, think in herds,” he wrote in Extraordinary Popular Delusions and the Madness of Crowds, “it will be seen that they go mad in herds, while they only recover their senses slowly, and one by one.”

Of course in some situations crowds make better decision than individuals, see Wikipedia. We can speak of the allocation of capital by millions of people in the market as largely efficient.

But as investor Peter Thiel states in Zero to One, “The most contrarian thing of all is not to oppose the crowd but to think for yourself.” So we have to make up our mind in every situation that we face and gauge whether to stand with the crowd or go against it.

Why is it so difficult to be contrarian? We are naturally inclined to be influenced by what others think of us. We unconsciously conform to societal standards. We love social media and seek religious social validation. Any opinion or advice is often only one click away. When we are not sure what to do, advice makes us feel better, but also gives us a false sense of comfort.

Even after the American Revolution, the Founding Fathers were worried about how they looked in the eyes of others. When they debated on which title to give the new national executive, John Adams resented the title of the President of the United States. “What will the common people of foreign countries, what will the sailors and soldiers say?” he asked the Senate rhetorically. His answer: “They will despise him to all eternity.

There is no shame in completing high school or college — to follow tracks that are supplied for us. Attracted by certain standards, we value too much what an accomplishment represents than the work itself. If we seek approval from others, we will stay submissive to their thoughts.”

It’s best to not couple your idea of self-worth to other people’s opinions. Conformity disables our independent spirit. When we think independently, we stop worrying about being liked. Instead of following dogma, let’s develop our own barometer to make decisions.

For example, Ada Lovelace showed a keen interest in numbers and language. So high in fact, she pioneered looping, a computer program that repeats a series of instructions. Driven solely by her internal barometer, she worked hard at doing what she enjoyed, undeterred by others. Although today she is recognized for having written the first computer program, in her lifetime she received no accolades for her contribution. It wasn’t until 1950 that her work was rediscovered, and by 1980, the U.S. Department of Defense finally credited her success posthumously.