We are past mid-November 2022 and, at first glance, the death of NFTs seems undeniable. From the beginning of the year to today the trading volume of Non-Fungible Tokens (in short, the certificate of ownership of a digital asset, stored on the blockchain) has collapsed by 92%, with an average price falling by 84% and a 47% drop in the number of buyers.

These are bad, bad, bad numbers, that also concern adjacent sectors of which NFTs are an integral part. I’m thinking of blockchain-based "metaverses", such as Decentraland or The Sandbox, that leverage these types of tokens for the sale of virtual land at the core of their operations.

If a year ago Decentraland was boasting 200,000 daily users, today this figure has crashed by more than 70%. The same goes for its main competitor, The Sandbox, which has lost about a third of its users since April 2022.

The Times They Are a-Changin'…

The times when Jack Dorsey could sell the NFT of his first tweet for $2.9m, when the iconic Doge meme changed hands for $4m, when the collection of works of Beeple's Everydays art was sold for $69m are long gone.

Now, you cannot just be spelling N, F and T and be hoping to get rich.

Jack Dorsey's tweet lost 99% of its price and was recently valued at $132; while the NFT of the Azuki collection purchased by YouTuber Logan Paul for over $600,000 is now estimated at a tenner, like the British say. That’s $10.

In short, the speculative bubble has burst and some of the purchases that have taken place over the last two years have revealed themselves for what they were: absurdities.

…but not everything is lost

However, not all is lost.

The end of an irrational financial cycle does not also indicate the end of a technology.

Additionally, the bursting of the NFT bubble must be contextualized in a historical period, the post-pandemic, where the euphoria that had infected the markets in the last two years has collapsed almost everywhere. 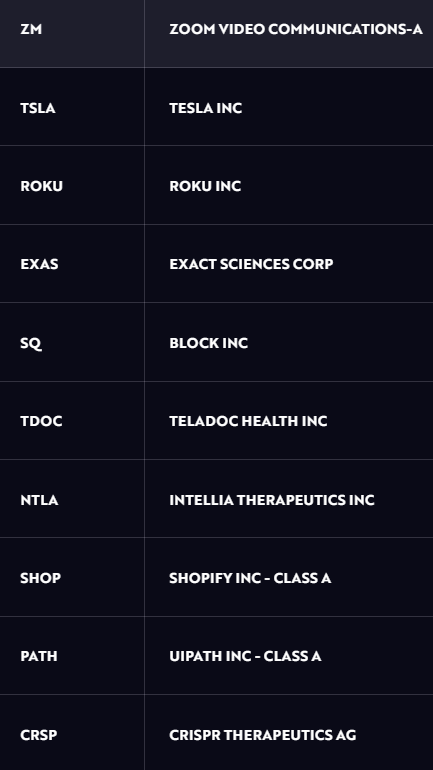 Was joking: these are her Top 10 holdings!

We can therefore look at the free fall of NFTs as part of a broader and more generalized drop in the risk-on markets, which hit the most speculative options harder.

Some of the stuff that had benefited the most during the most critical phase of the pandemic (social networks, home deliveries, streaming, platforms for video conferencing, etc) is now beaten up. And so, not only was the NFT bubble a bubble (therefore it was going to pop, sooner or later), but its bursting was boosted by the difficult financial environment.

Euphoria had peaked, as I discussed recently here on Paragraph.

Yet, on a more in-depth look, there are many reasons to believe that NFTs will play an increasingly important role in our digital society, although not necessarily (or, perhaps, not only) linked to collectibles, art and speculation.

Some recent events seem to confirm this thesis: the NFT trading market recently launched by Reddit has already captured more users than OpenSea. At the same time, both Facebook and Instagram are integrating NFTs, while Apple is working to enable the sale of digital content associated with NFTs within its App Store.

This may get very interesting very quickly.

And so the question: are these things just overpriced JPEGs?

Unlike many cryptocurrencies, NFTs perform a clear function: thanks to the blockchain, they allow the transfer of the concept of property - and therefore of value - in the digital world which, until recently, was characterized by infinite reproducibility. Scarcity was impossible to achieve digitally before the discovery of Bitcoin.

An NFT is a stamp that certifies the ownership of a digital asset. Sometimes, the stamp is very fancy and you may be willing to use it as your PFP, or frame it like you’d do with a Picasso. In industries where these assets are part of an increasingly important ecosystem (for example, as accessories to customize video-games characters), a tool of this sort offers compelling advantages.

These things can be applied to a bunch of fields: from the financial sector to digital identity, from logistics to marketing. What is probably sensible is to stop associating NFTs only with CryptoPunks and Bored Ape Yacht Club and start considering them more for what they are: digital certificates of ownership.

In the logistics sector, NFTs can create 'digital passports' that certify movements along the supply chain of a product, relying on the immutability of the blockchain.

In the field of digital identity, you can have identity certificates through NFTs that you cannot counterfeit and are digitally signed.

NFTs can also be used to record the sales of physical artwork, thus automatically storing on the blockchain every transaction linked to a specific item. This is super cool. Why? Because this enables the author of the work to automatically receive a percentage from each transaction! This practically solves one of the biggest challenges that emerging artists face: in many cases, they must assist helpless to their works being exchanged at increasing prices without receiving jack.

When this technology matures, the complexity behind it will be hidden by its utility and we will know we got there because of one simple reason: we won’t be talking about it anymore.

It wasn’t a pretty few months for NFTs: trading volumes slumped and their popularity drastically decreased. The burst of the speculative trading phase of NFTs can be seen in the context of a much wider change of sentiment across various risk-on assets, from crypto to tech stocks.

However, the technology offers compelling use cases for future development and its applicability is being tested across many industries.

NFTs were long solely seen as overpriced JPEGs but soon will be used as an integral part of the digital economy: immutable witnesses of on-chain ownership.