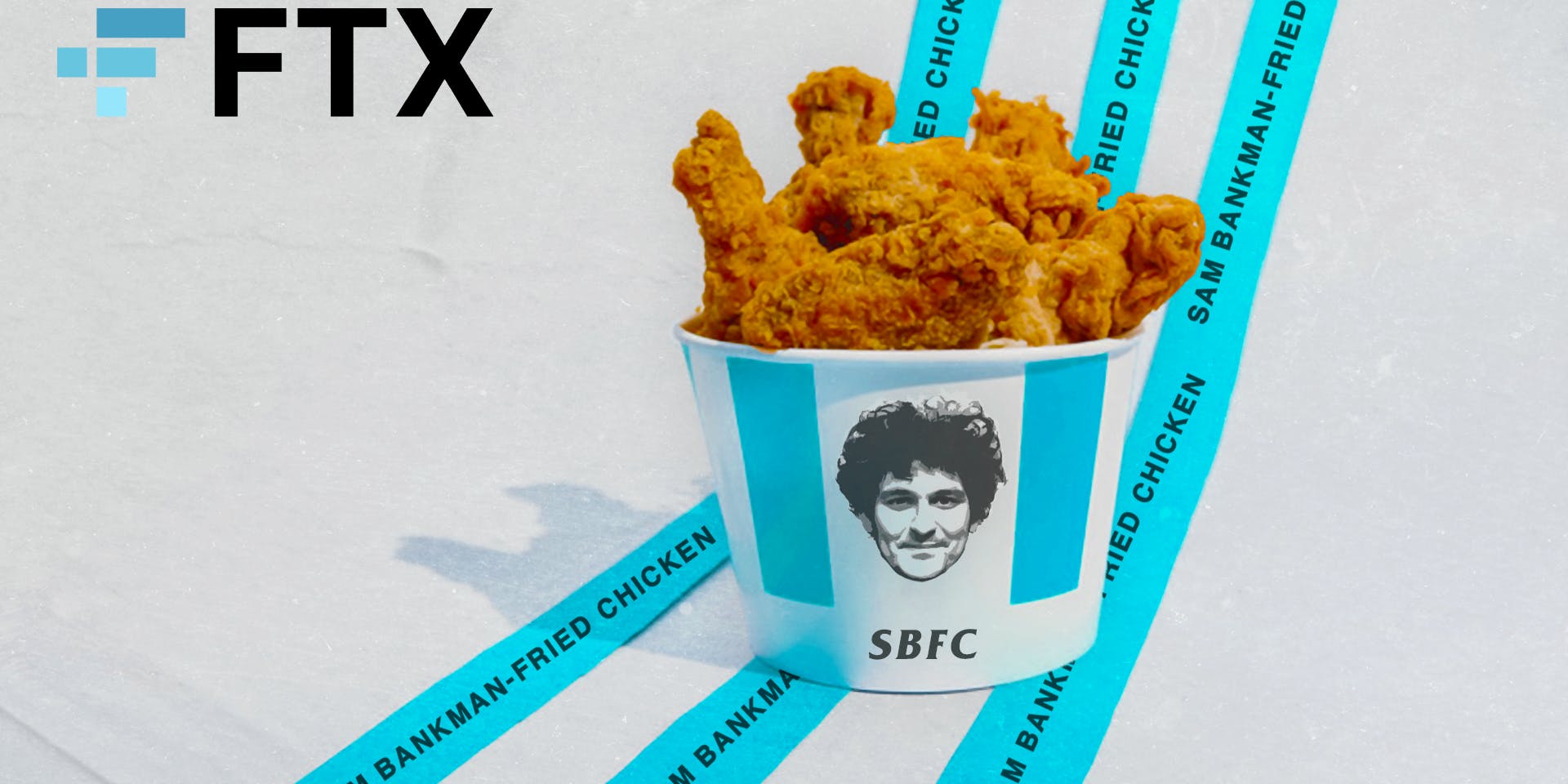 Dear Eyeballs. Please do not blink for the next 4 min.

A lot is going on in Crypto. There is breaking news about the economy, heartwarming tales of how the Son Who Told his Family To Buy ETH at $4500 is Still Loved and Cherished, and other cultural stories, like how Starbucks Cup Sizes Look Even Stupider in the Metaverse.

To top it off, after a successful merge it Turns Out It’s Actually Pronounced Mergé.

The Rug launched its fifth Under The Rug podcast, has shipped an on-chain article on Mirror every Friday, tweets original jokes Mon, Wed, Thurs and conspires to find ways to make its Discord lounge cool. We have not figured that out yet.

There are rumors of a Vol. 2 monthly or seasonal NFT similar to the old newspaper style to be minted and sold at limited edition on Rarible.

Alright, let’s get it. 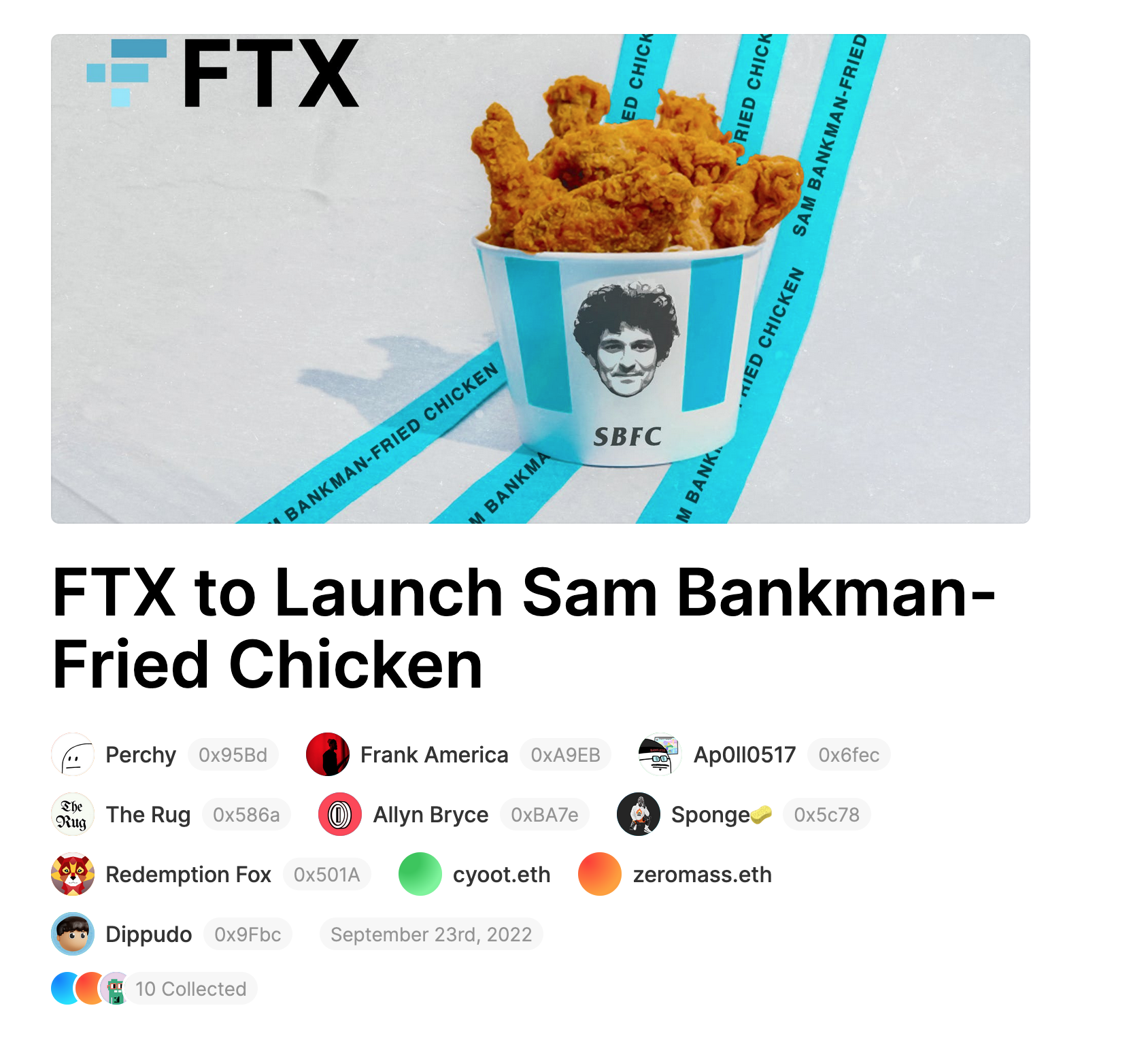 SBF knows no bounds, and they’re expanding into the food sector. CEO Bankman-Fried noted, “Crypto is cool, but my real passion has always been mouth-watering, perfectly seasoned fried chicken.” In this article, which has already been collected by 10 people, Perchy digs in, and it’s finger lickin’ good.

All FTX users will receive a 10% discount on their first order of chicken (with purchase of two or more combo meals). Tornado Cash users are blocked from eating here.

OPINION — If The Real Profit Was the Friends We Made Along The Way Can I Still Get My Initial Investment Back? 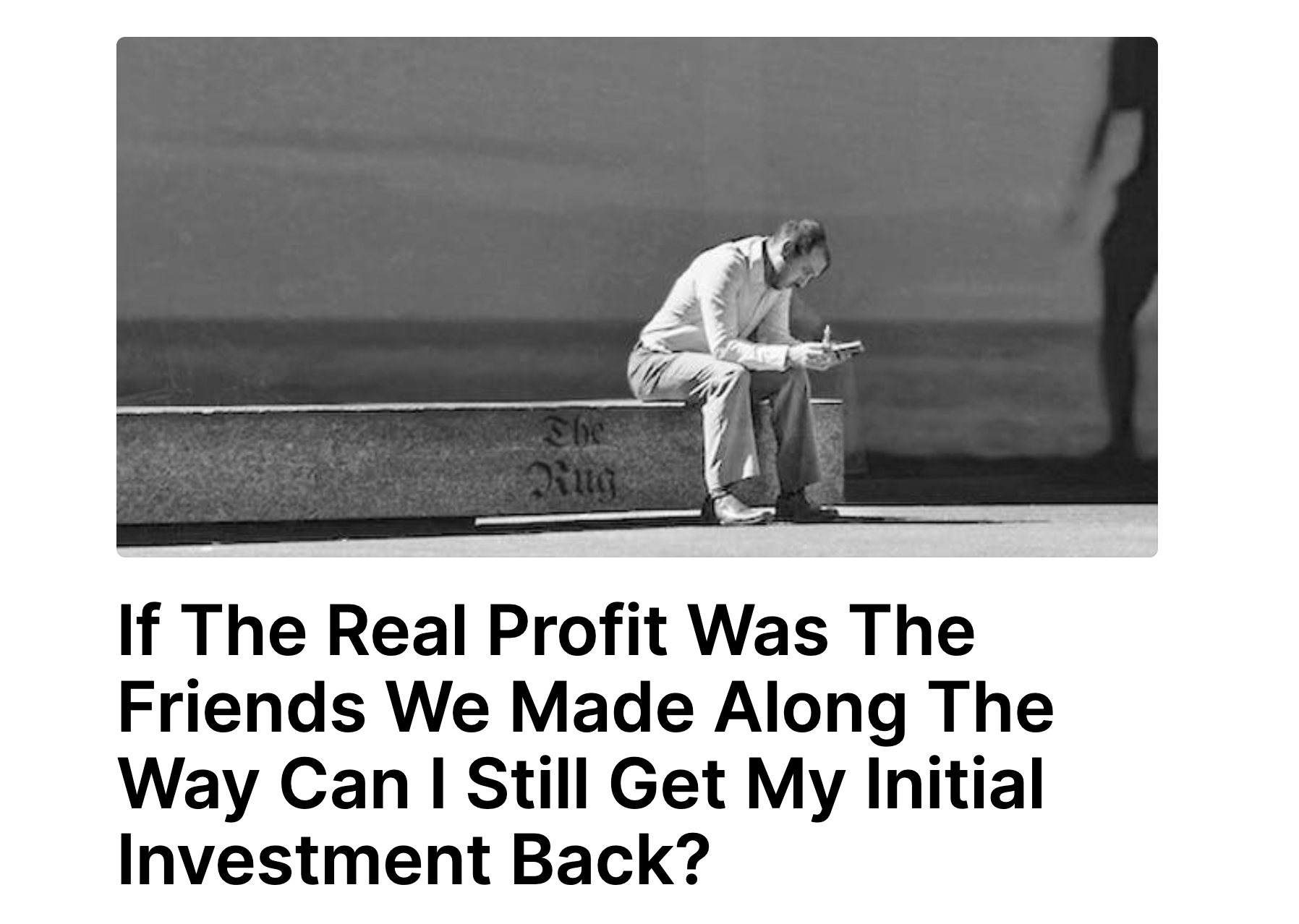 Hey, it’s not all about the benjamins, is it? In one of The Rug’s first opinion articles, Redemption Fox asks the simple question, “Can I get my initial investment back?” This socio-cultural article highlights the sweet value of the friends we’ve made along the way.

I HODL’d and Diamond Hand’d when our founder was doxxed and turned out to be a twice-convicted white-collar criminal. 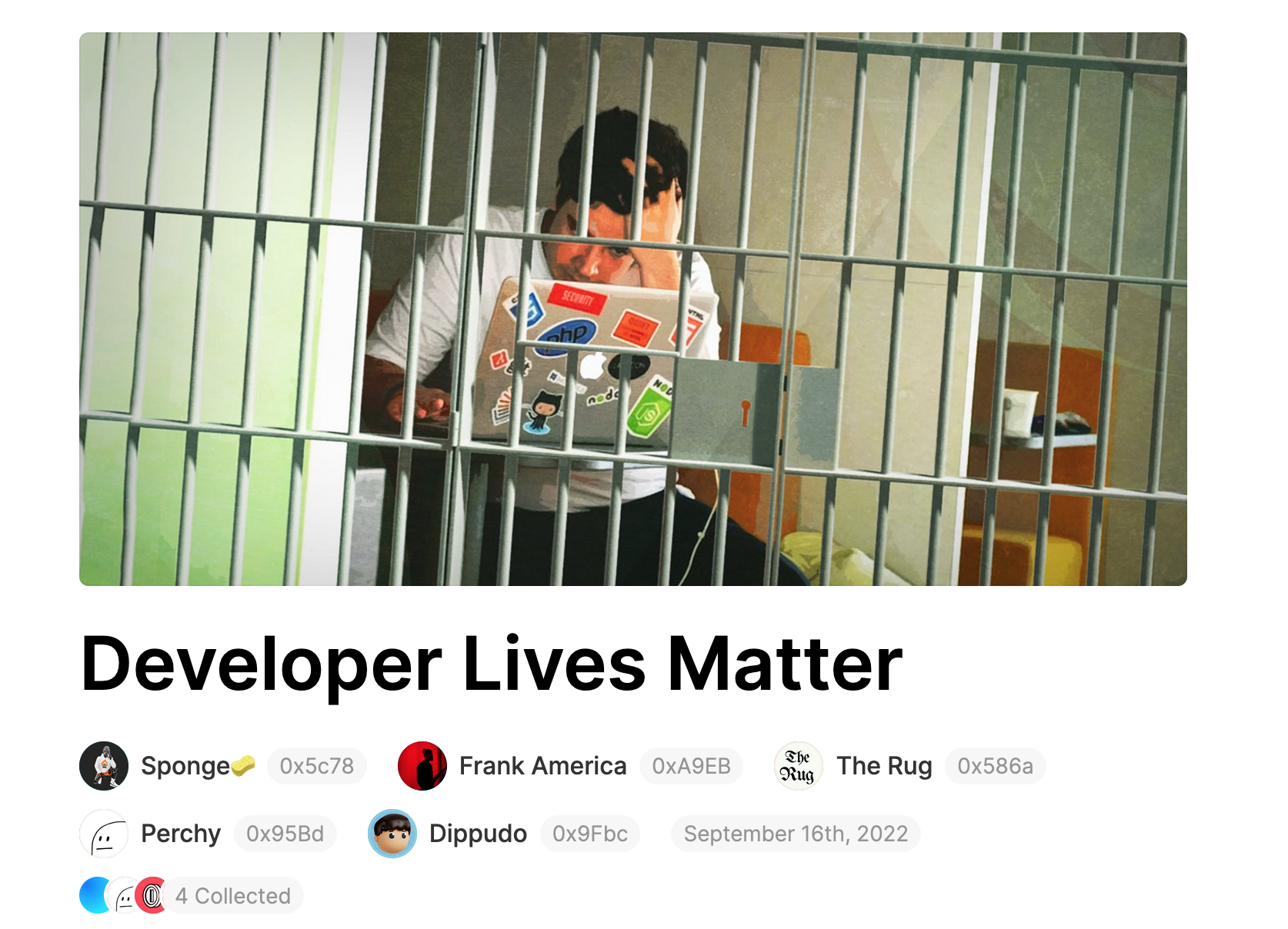 Open source programmers are looting and burning down buildings in the sandbox. We already learned that Tornado Cash Users Soared as imprisoned developers taught fellow inmates how to use it, and that Netflix had to postpone its new hit show, Arrested Developer. Sponge digs in deeper with this article, and looks at life for developers from behind the bars.

Some developers have resorted to coding in ink, by getting tattoos of a certain government sanctioned code on their body. One security focused inmate told us that he has his private keys tattooed on the inside of his butt cheeks, claiming, "it puts a whole new meaning to, 'don't drop the soap'. 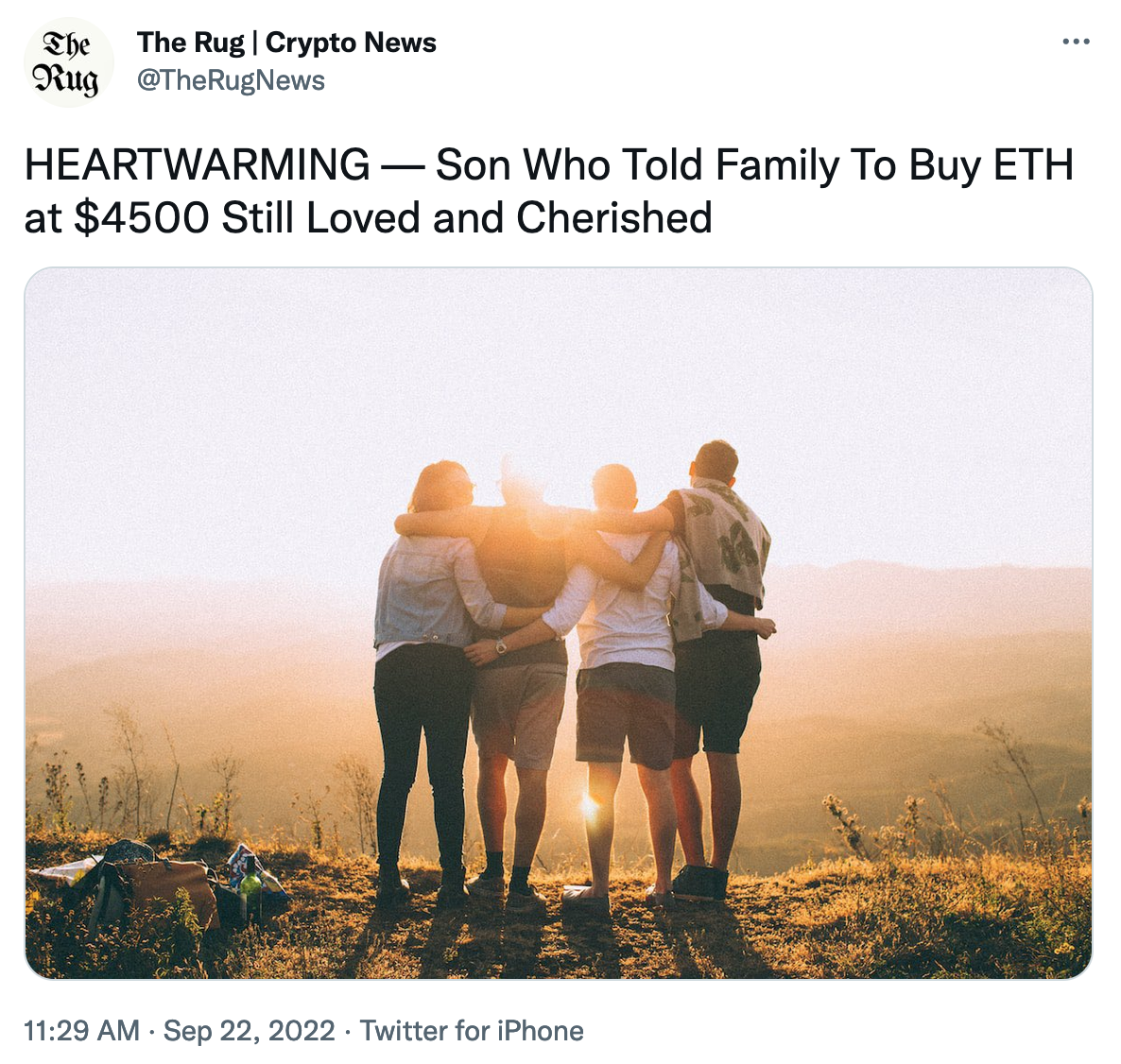 It’s hard to not give financial advice to your loved ones when all you want to do is tell them to buy bitcoin and ethereum at the height of every bull cycle. The good news is, in this one isolated instance, this family still loves their son.

Apparently you can spend pret’ near a decade on layer two without ever making it home. This simple user thought he was merely sending a little ether over there to kick the tires on this new layer 2, and he ended up making fire and befriending a volleyball. 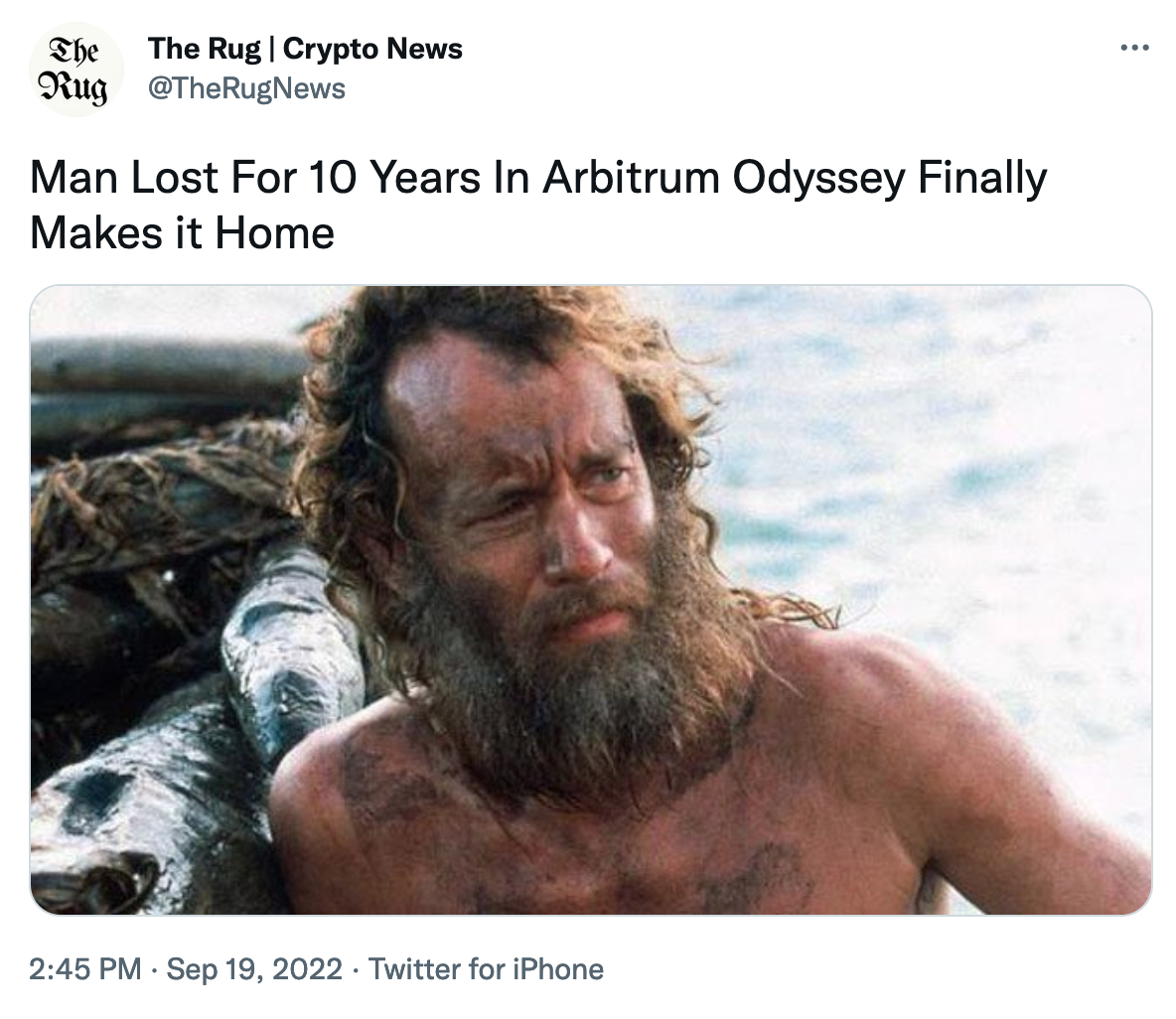 UPDATE — Do Kwon Agrees to Pay Fines in Terra IOUs

When asked to foot the bill Do Kwon pulled some jedi Tai Kwon Do type-stuff, and conditionally accepted so long as he could pay in Terra IOUs. 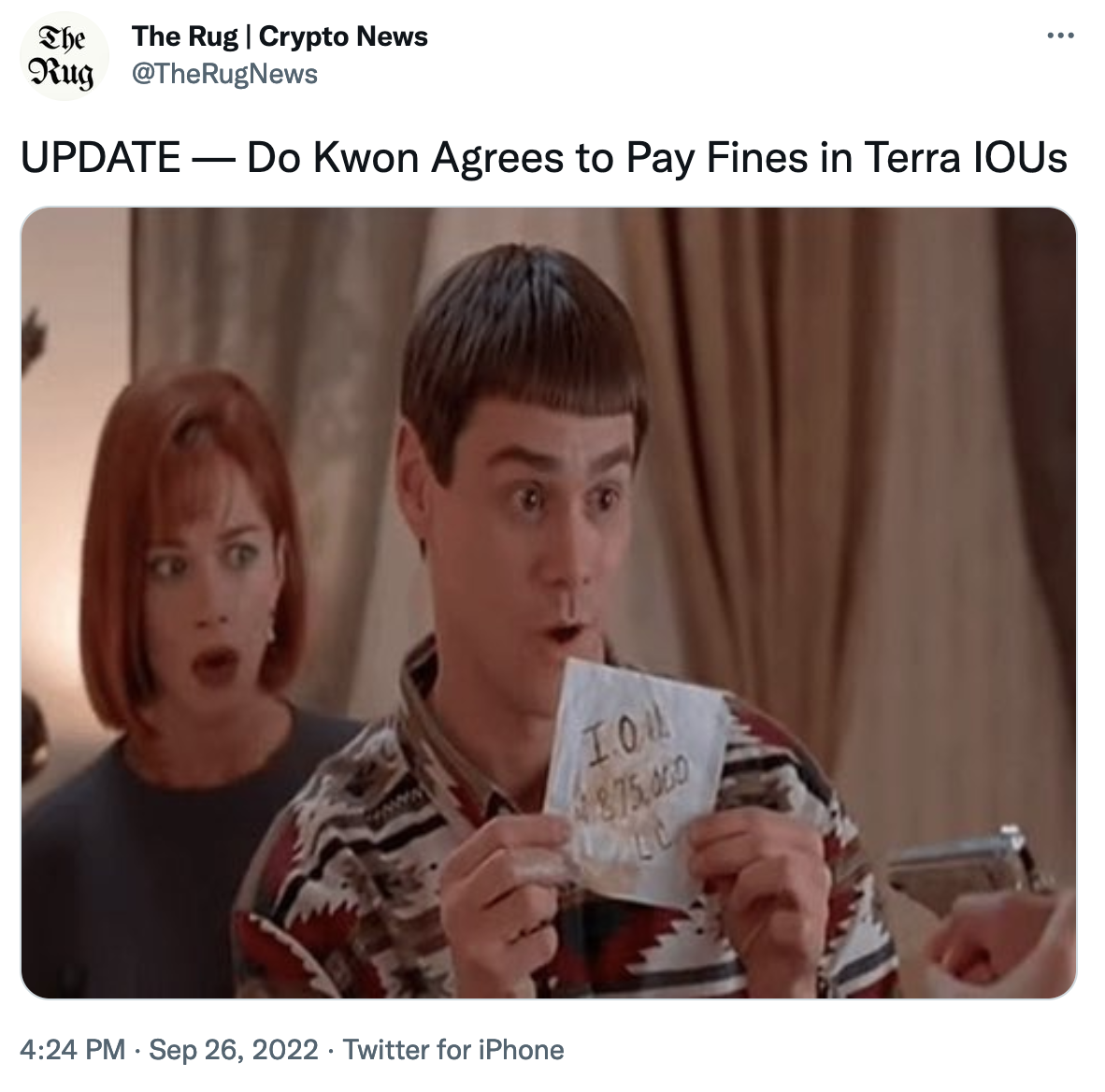 In case you needed to see the proof on this one, here it is. 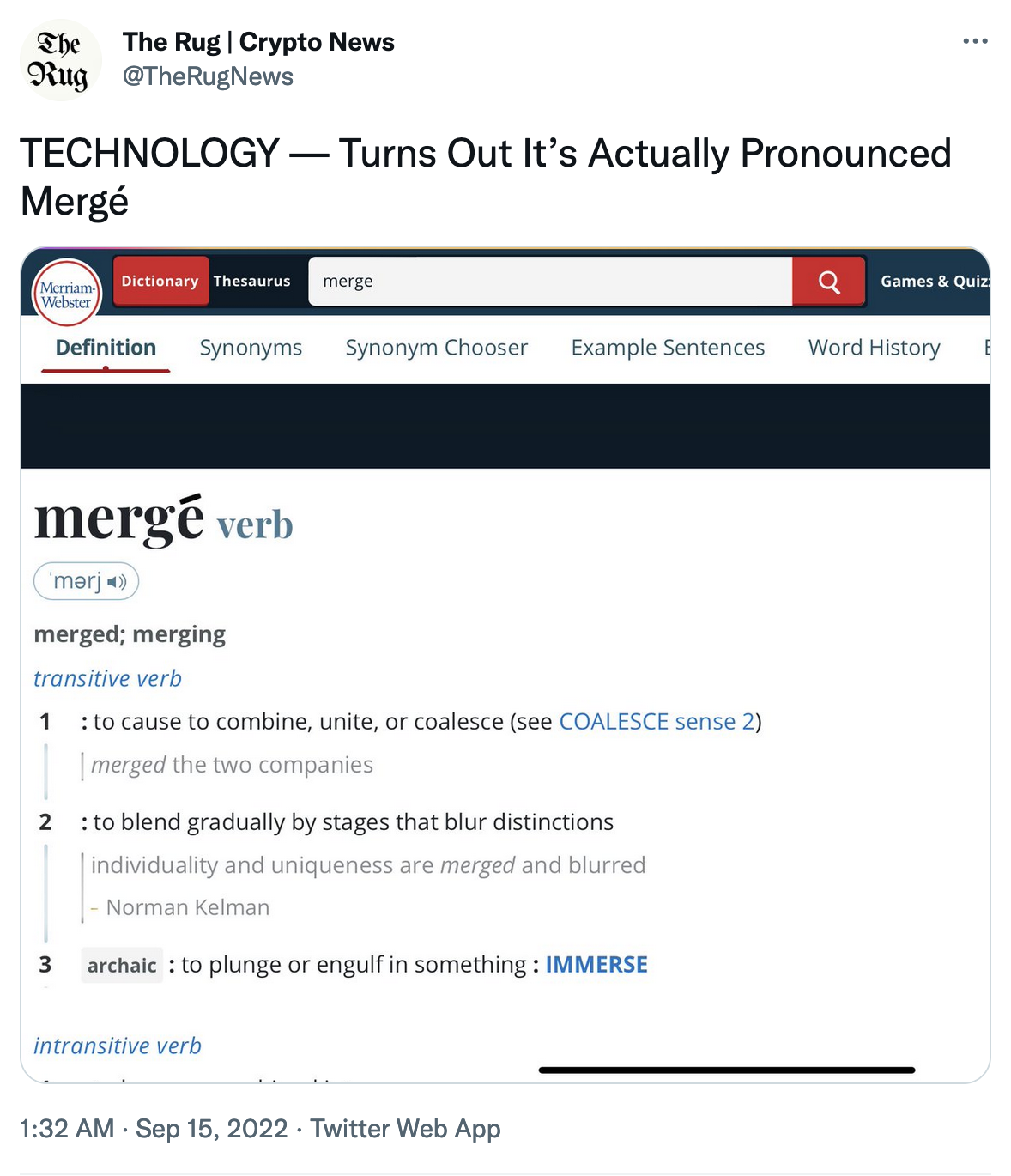 While we can’t believe that we’d be writing this, it appears as if Starbucks reward points are now being collateralized to purchase more “Dickbutts”. That’s the end of that story. 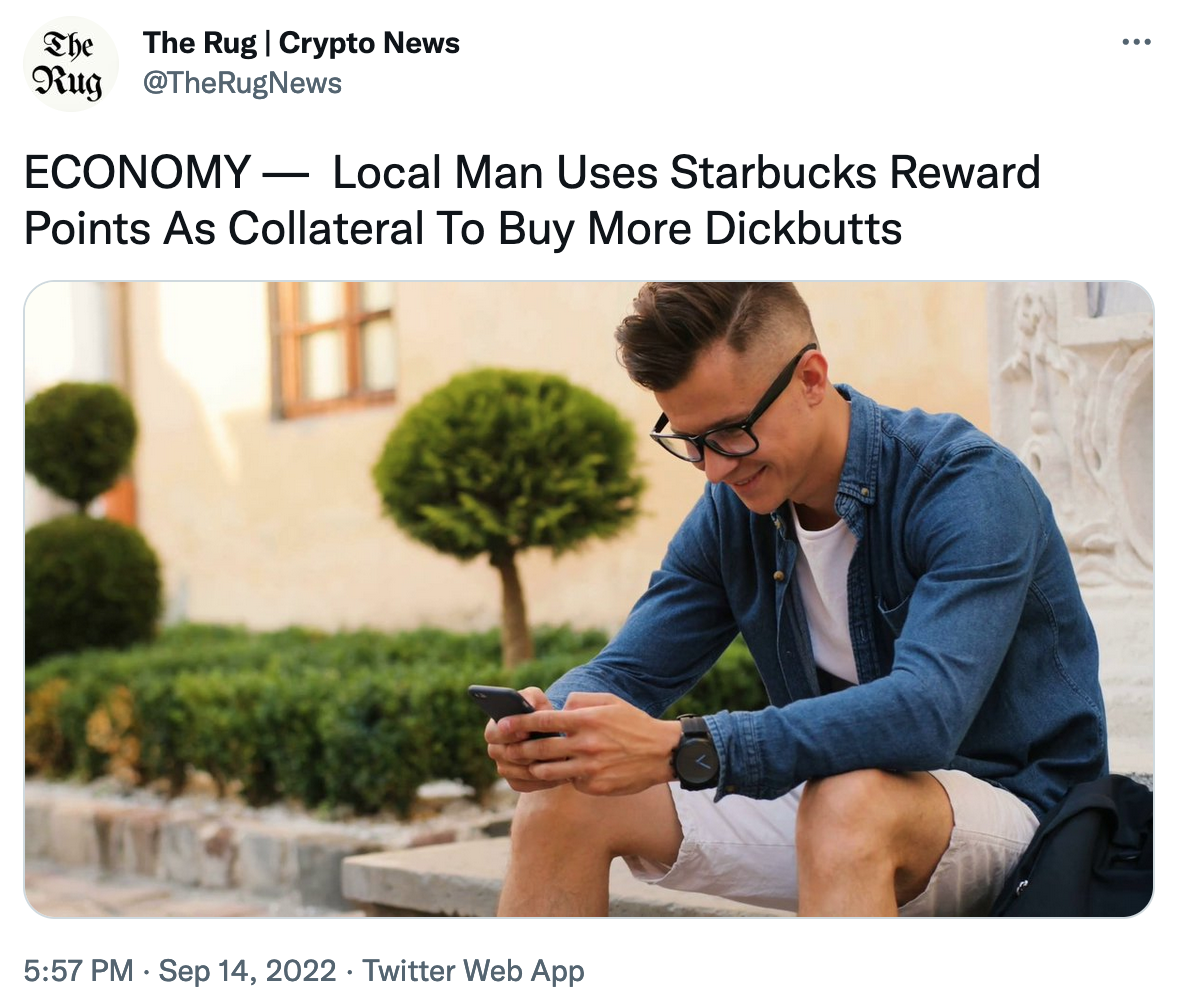 Starbucks sizes are equally unintelligently named in Web3. Starbucks who has been making some on-chain type moves with its brand managed to botch this one as well. “I’d like a tall small latte please.” 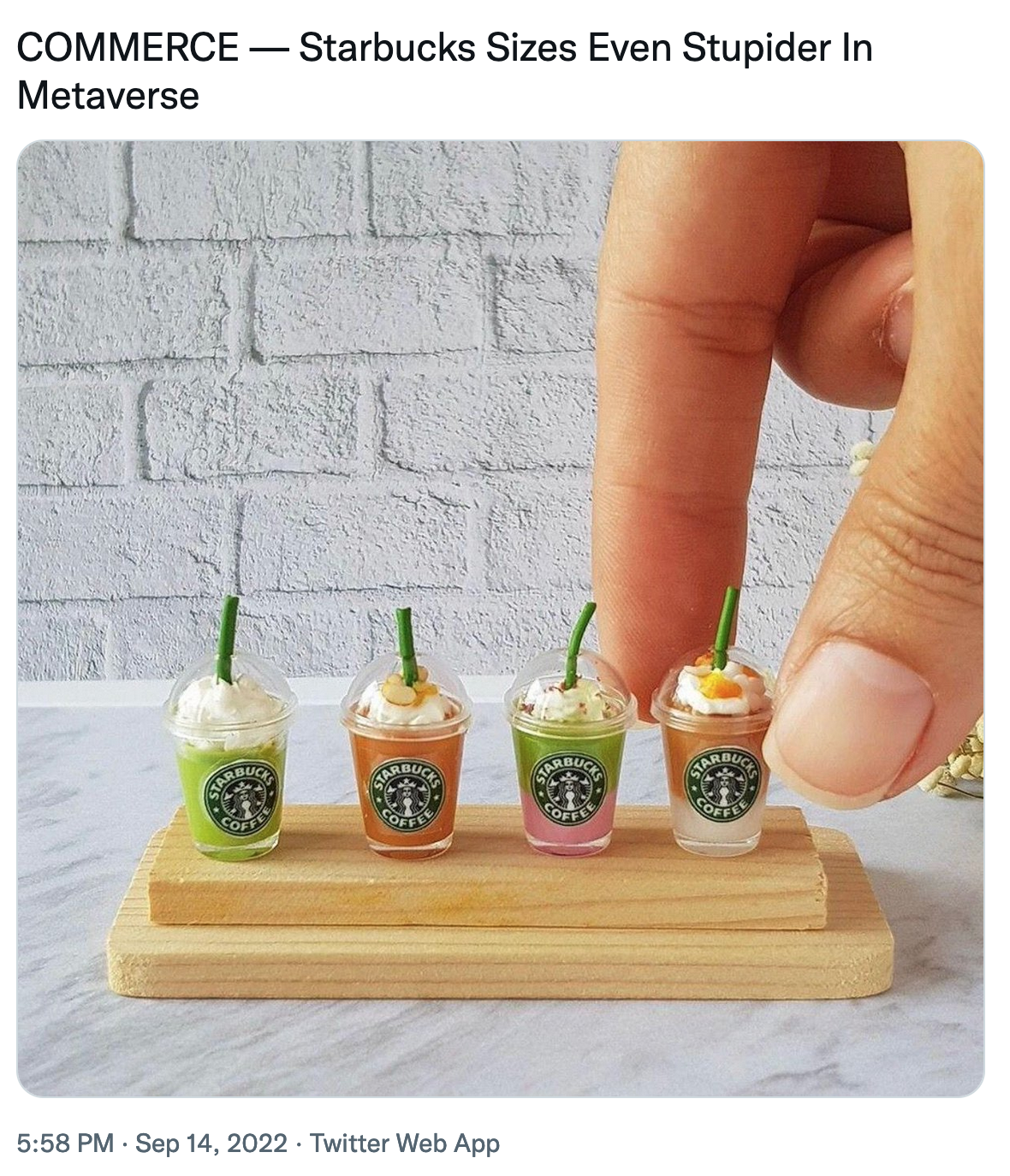 The Rug had its finest analysts study the patterns, and more than half agreed that ethereum would still exist after the merge. As chance would have it they were correct, they’re usually right half the time. 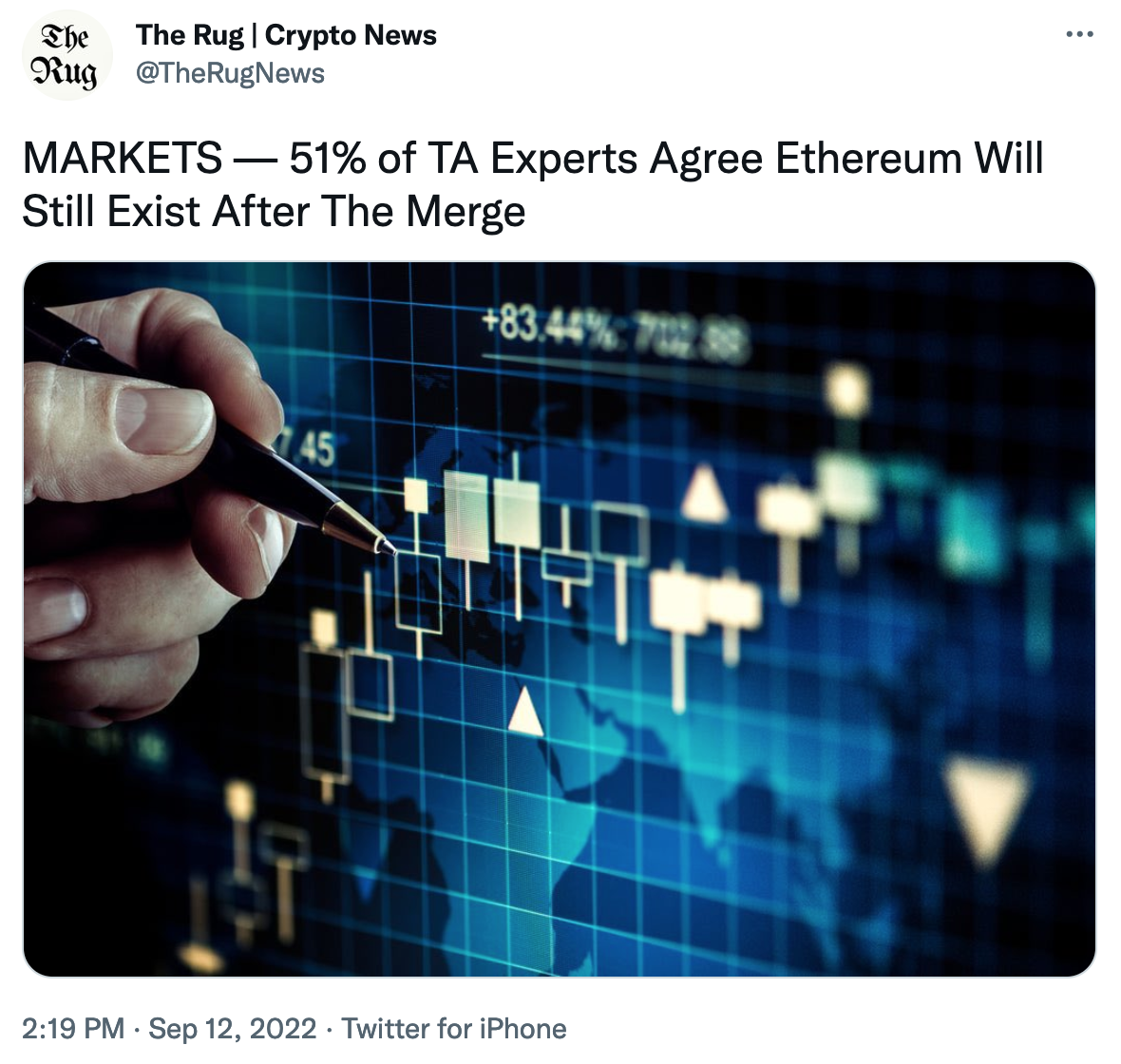 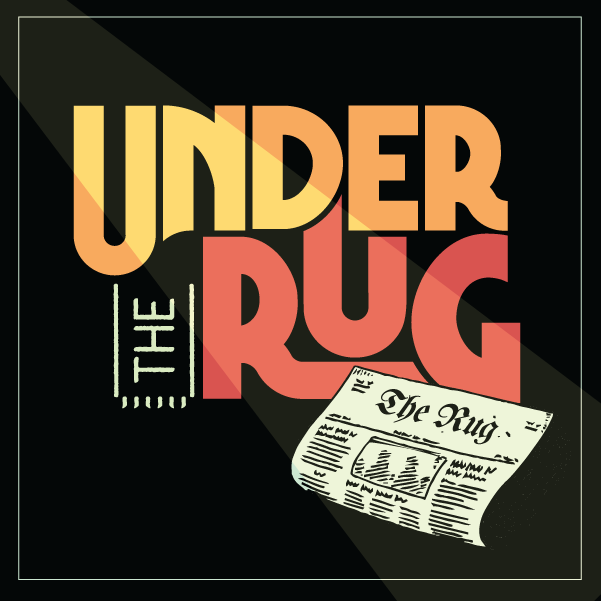 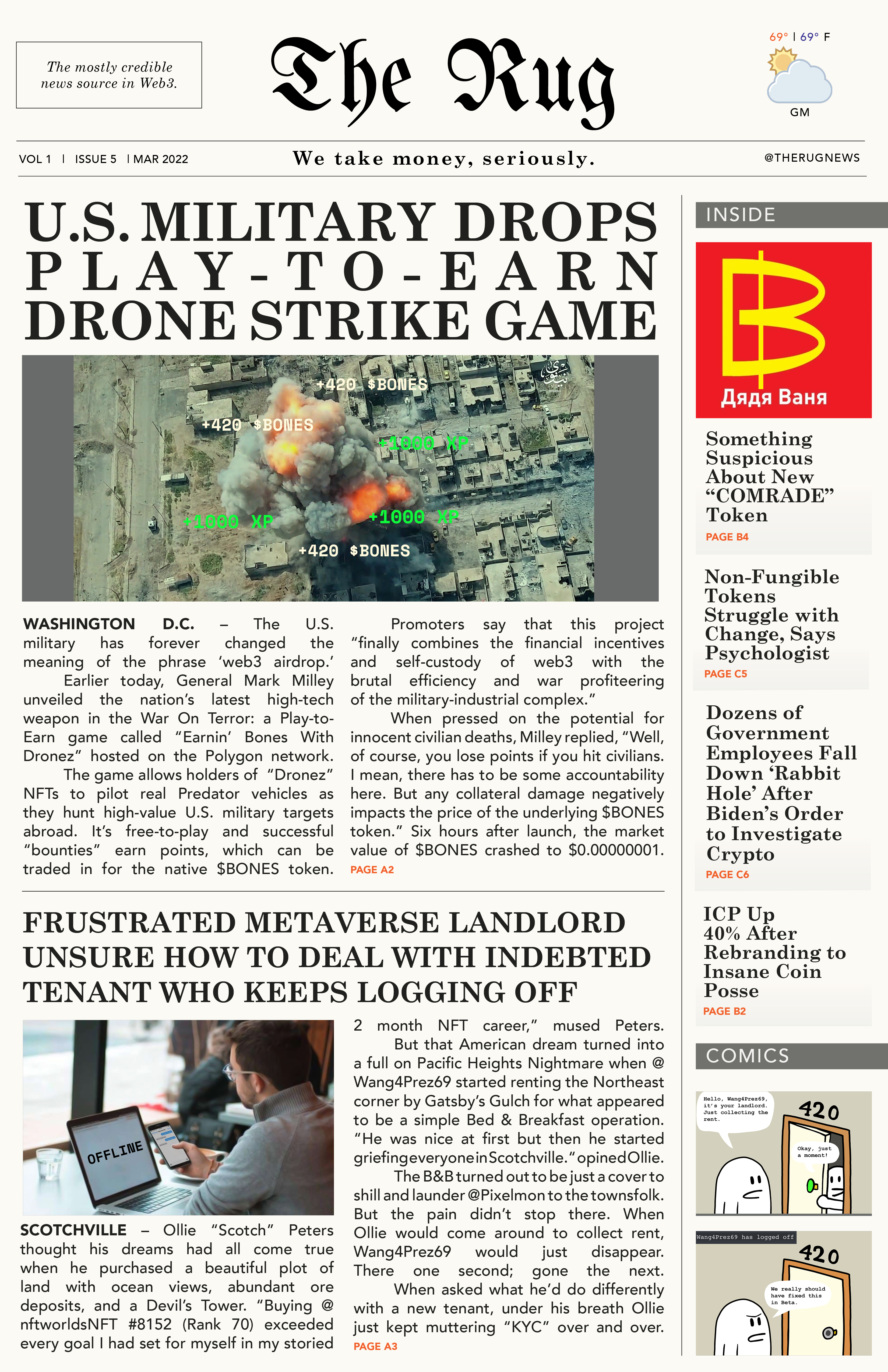 Between Nov of 2021 & March of 2022 The Rug shipped six classically inspired news NFT’s. Half of them are still available. Get one and join our discord. 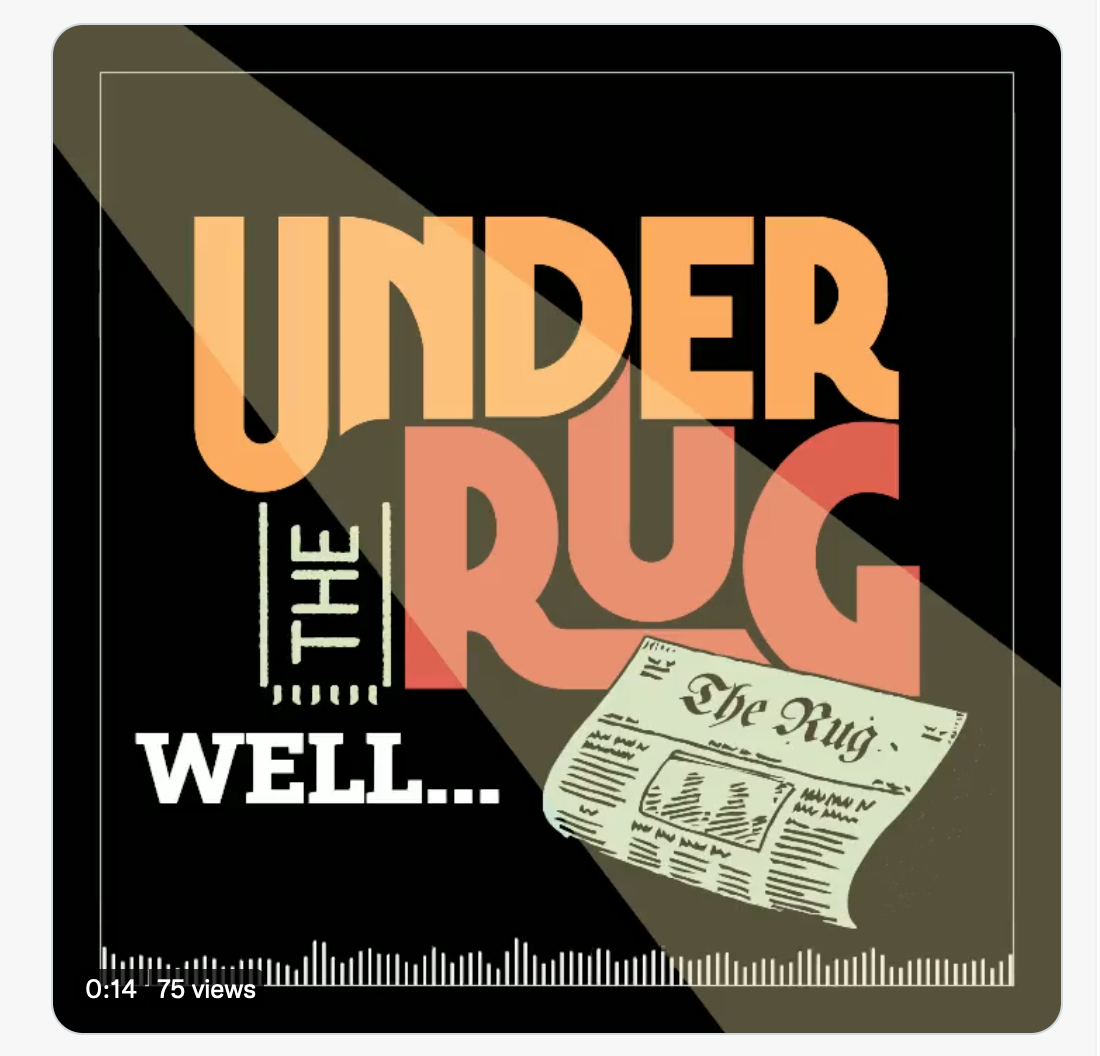 Value for Value: If you enjoy this newsletter, our articles, tweets, NFTs and podcasts, and want to see us continue to make them then please send whatever you think it’s worth to TheRugNews.eth