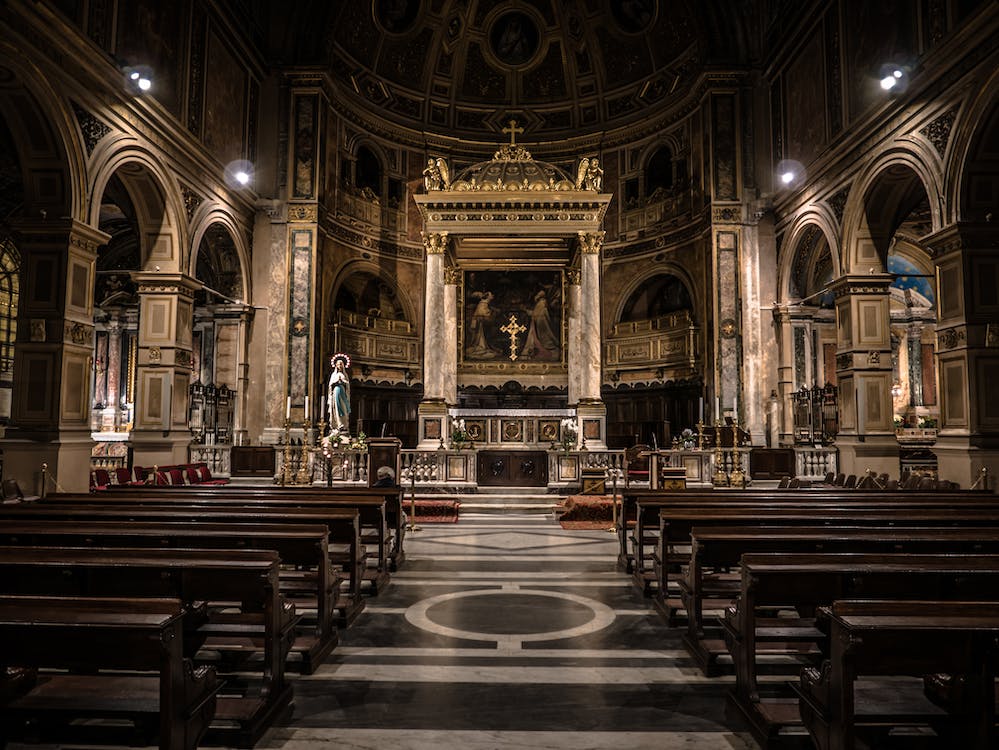 Per the Oxford Dictionary, an altar is defined as:

“[A] table or flat-topped block used as the focus for a religious ritual, especially for making sacrifices or offerings to a deity.”

Whether you’re a religious person or not, the word “altar” likely conjures up imagery such as people kneeing and taking communion, praying, or wielding some athame to sacrifice a fatted calf or goat.

Each week most of us spend sometimes more than a dozen or so hours before an altar.

We look upon the radiant glory.
We sacrifice ourselves.
We spend hours upon hours in ardent prayer before this altar.

Even the most staunch of atheists will also pray and worship here.

After all, is a TV stand not a “table or flat-topped block?”

Each week, we make a willing and living sacrifice of our precious time in worship at this altar before the Gods of Netflix, Hulu, Fox News, MSNBC, or Nintendo or PlayStation.

We invoke the names of demigods — The Office (for the fourth time), Friends, or murder documentaries.

Some of us will spend a full day — 24 hours — each week prostrate before this altar.

Were you not called “gifted” at something by parents and teachers?
Did you not spend tens or hundreds-of-thousands on a degree but now work minimum wage?
Haven’t you long believed you could run a marathon? Or start a business? Or learn a language?

I, too, am a victim of my own hands here! I am not casting stones.

We all must work harder to not fritter away our time in these wasteful shrines and at these frivolous altars. We only get so many years upon the Earth…

When you’re on your deathbed, will you look back and think “I wish I would’ve watched the shows my friends suggested,” or instead, will you hold other regrets?