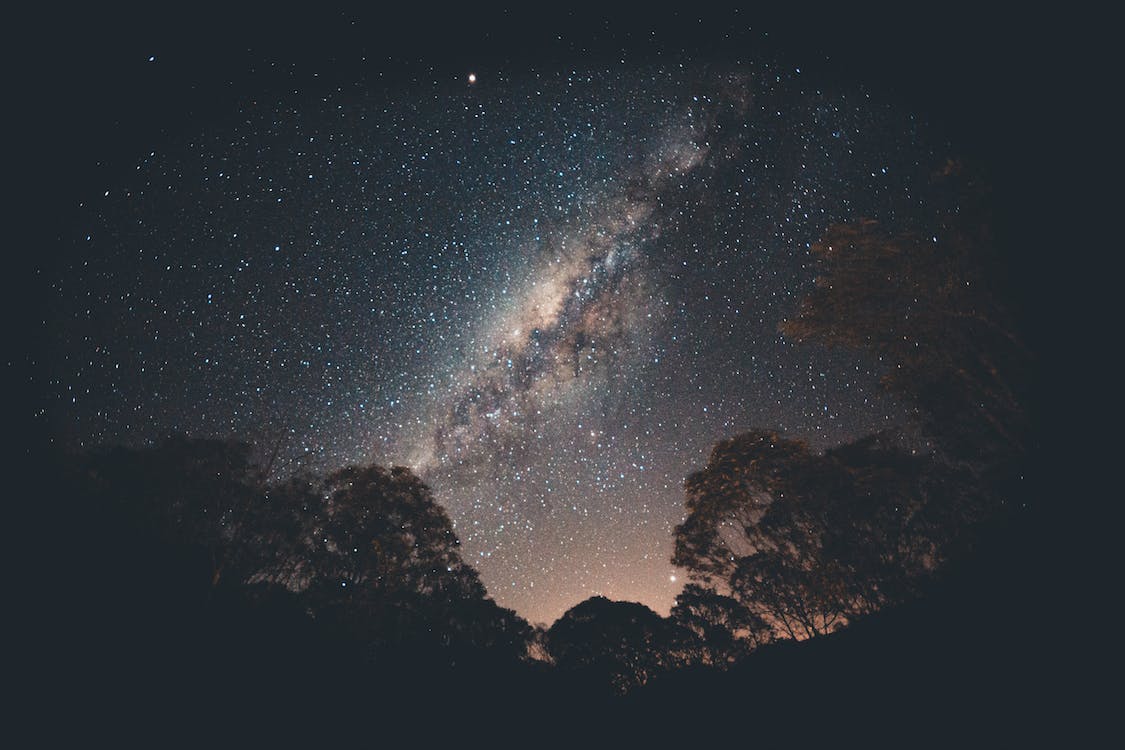 You were once a great Ranger in the year 2225, out exploring the nearby star Alpha Centauri. It took you over 5 years to arrive here from Earth, having flown around Mars, through the asteroid belt, past Jupiter and Saturn, the outer planets and the Oort Cloud.

Life support systems failed while you were outside attempting to fix a microasteroid hole in the hull of the ship. You were flung from the ship and ultimately died in the dead of space.

Drifting beyond the planets, unknown, unnamed.

The stars in their shapes have shuffled.
What once were familiar constellations — Cygnus, Orion, or Cassiopeia — have shifted into new shapes over the countless millenia before your long dead eyes.

The Earth you once left is now perhaps barren. Humans maybe set forth to new interstellar ventures…
Or wiped themselves out.

As you drift, the thousands of years have passed in utter silence.
No breathing.
No heartbeats.
No laughter.
No voices.

Just the infinite abyss of jet that is the universe and your completely incomprehensible smallness.

50,000 years…
500,000 years…
5,000,000 years later, you drift a ways and maybe a foreign lifeform finds you. How interesting you would be! And how advanced would they be relative to that which you were once accustomed to?
Are they barely more advanced than humans in 2200?
Or, are you by sheer accident in their neighborhood and they’re in the equivalent of 1969?
Or — how wild a thought — are they a Type IV civilization?

All these years you have slept deeply and peacefully in the unfathomable depths of space. All these millennia you have rested and are still near to our Sun and to Alpha Centauri…still in our Milky Way.

This is one such Death Meditation I quite enjoy “embarking” upon.

Lay in bed, close your eyes, breath deep through your belly and walk through these years with the same ease as you finger-flick through pictures on your phone. You can do the same imagining the Earth carrying on just fine without you — your children aging, grandchildren aging, the movement of the continents, the development of the languages over hundreds of years.

Your life is so fragile. So fleeting.
There are many little annoyances and anxieties we should fight against.
There are countless pleasures and moments we ought to savor better.

Life is so short.
Death is infinite and inevitable.
It is nothing to fear. Embrace it and move on with living.