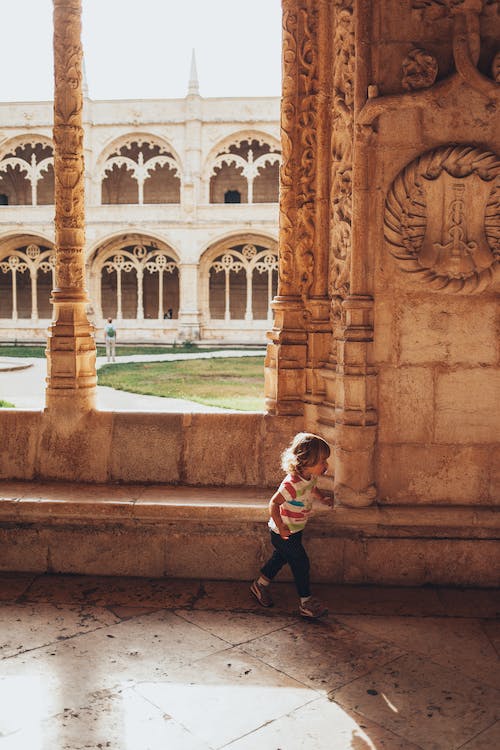 Today during church, I shared a pew with a grandmother there with her grandchildren.

The boys were wiggly, occasionally loud, and generally, well…kids.

About halfway through service, a very young girl — perhaps 3 — ran up behind them, apparently wanting to come join them. I heard the grandmother okay the young lady to accompany, and naturally, she did…

By charging over to the side of the pew I was sitting on — all the way opposite them — and then doing the classic “Church/Movie Theatre Sidling” move right in front of me.

Although initially surprised, I was laughing. It was just funny and harmless — and I’m certain God laughed with me.

Children really have much to teach us, if we let them.

One of the things I immediately realized from this very insignificant moment is that we as a society often overcorrect ourselves and one another (particularly children) into or out of perfectly harmless behaviors.
All while simultaneously making some of us more prone to offense from certain behaviors of others.

Sure an adult would’ve sidled into the pew from the other side — as would “just make sense” to an adult mind — but if they had needed to cut in front, they would’ve. There was nothing for anyone to apologize for.

Children just do what they think makes sense.
And so do we as adults, sometimes.

The difference is that sometimes we adults do it and apologize for no really apparent reason. Or justify it. Or explain ourselves to save our pride.

Kids just live (and then, of course, learn!), but we often seem to beat out of them (figuratively) harmlessness.

Maybe today’s meditation isn’t a “lesson” or a deep thought as some sometimes are, but it’s merely an observation.

Kids are the freest forms of humans, and that is a wonderful thing.