Consensus algorithms are used by distributed systems to reach agreement. This class of algorithms has existed since computers moved from single mainframe architecture towards a network-based one. Historically, these algorithms were used in non-adversarial environments (bad nodes fail), and the most successful was Paxos. Nowadays, with increased use of blockchains, they are gaining adoption in adversarial environments (bad malicious nodes lie). The most successful is Proof-of-Work (PoW), famously used by Bitcoin and Ethereum. However, Proof-of-Stake (PoS) is gaining traction, and Ethereum will be migrating to it later in 2022. 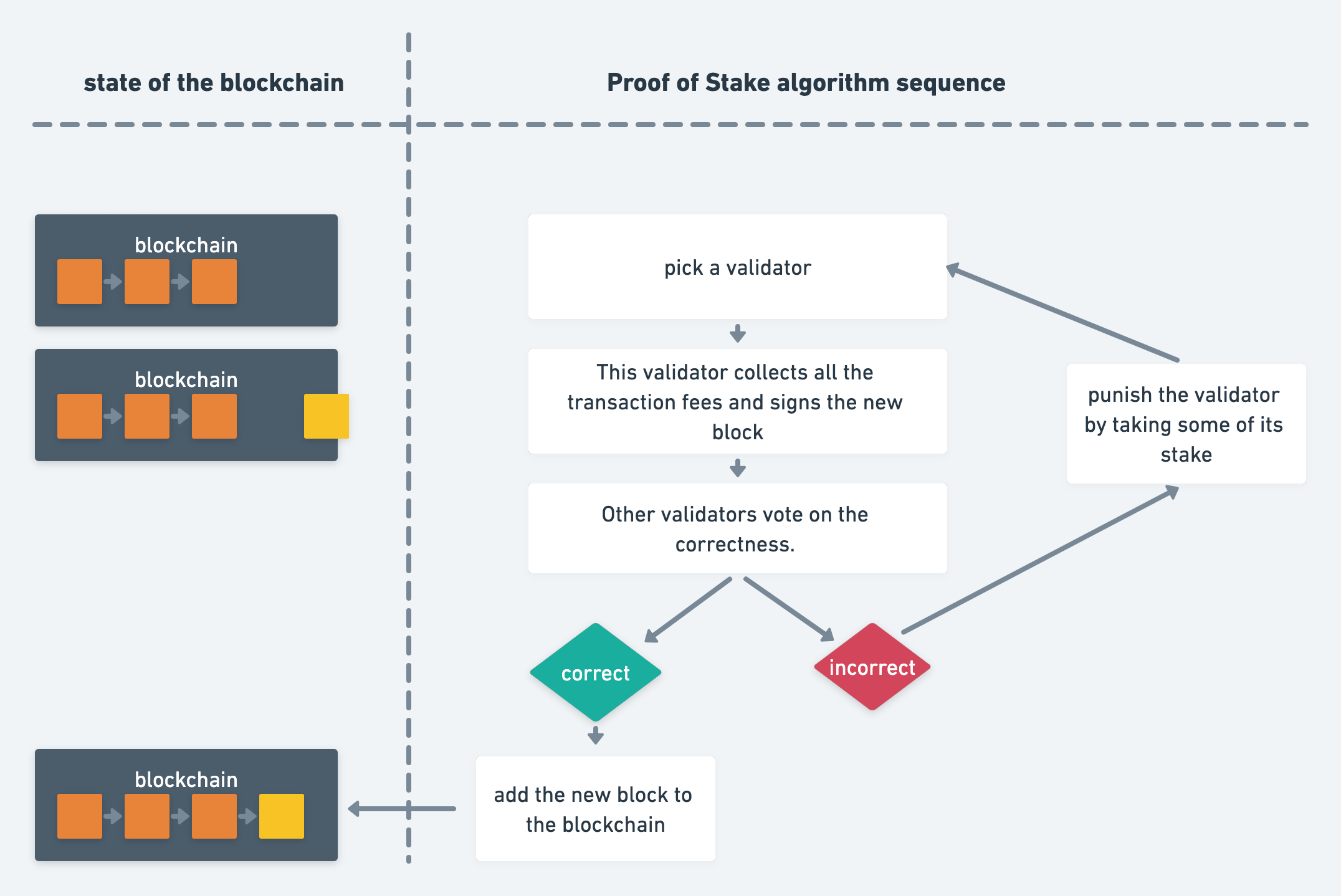 Proof-of-Stake is a category of consensus algorithms for public blockchains that leverages a node’s economic stake in the network. Instead of rewarding good behavior, they penalize bad behavior, through economic value loss. Validator nodes deposit stake (a security deposit) into the network, through a smart contract. They now have 2 jobs: minting and voting. For each block, one validator is selected to mint the next block, adding up all the transactions, collecting their fees, and signing the block. Then, the other validators vote to accept it. Voting power is linearly proportional to stake. If the chosen minting validator lies, a portion of its stake is taken away (more than the total collected fees).

In Proof-of-Work, miners mine the next block by competing to solve a cryptographic puzzle. Only one of them wins, the rest of the work is discarded, which is wasteful.

In Proof-of-Stake, one validator is chosen and mints the next block. Once ready, other validators vote on the block’s correctness.

Different PoS algorithms vary in validator selection, validator reward distribution, and voting power mechanics. The two most popular variants are chain-based and BFT-style. If a node stops being a validator, it has to wait a period of time before collecting back its stake and transaction fees earned while minting blocks. This exit friction gives the network time to discover fraudulent behavior.