It's FREE, Takes less than 5-minutes to read, and you are guaranteed to learn something.

Web3 shifts the focus from big tech to individuals who can create and own their digital real estate. If trust can be set by code, then people don’t have to rely on middlemen. They:

By reducing the middleman tax, people can finally own the upside from their work.

Web3 matters because we're building an internet owned by people instead of middlemen.

People consumed static web pages that they navigated to from directories like Yahoo. Web1 was built on open protocols like HTML.

People create and consume content on the social platforms that we're all familiar with.

In web2, tech giants extract value from users by sitting in the middle. Web2 is built on client-server architecture where users are the client, and companies control the servers.

People create, consume, and own the upside of their work through tokens. Web3 is built on peer-to-peer networks of computers that talk to each other without middlemen.

In Web3, ownership and control is decentralized.

Users and builders can own pieces of internet services by owning tokens, both non-fungible (NFTs) and fungible.

Tokens give users property rights: the ability to own a piece of the internet.

What is a token?

A token is a record of ownership of an asset. Tokens can be fungible or non-fungible:

Fungible tokens are interchangeable (e.g., the US dollar, bitcoin).

Non-fungible tokens (NFTs) are unique (e.g., a piece of art).

As an example, let’s look at a game like Fortnite or Roblox: Fungible tokens are the game’s virtual currency (e.g., VBucks, Robux).

A blockchain is a linked list of transactions stored on a network of computers.

1. Decentralized: Transactions are on a network of computers (nodes).

3. Open: Transactions can be viewed by anyone.

When it comes to blockchains, it's important to remember that there's usually a trade-off between security, decentralization, and scalability:

Ability to defend from bugs and attacks.

Ability to support many nodes.

Ability to support a large volume of transactions.

Users that possess tokens have the potential to own a portion of the internet.

Users are given the option to own anything through NFTs, which may include everything from gaming items to art to code, images, music, text, and whatever else people come up with next.

NFTs are built on top of Ethereum-style blockchains. Ethereum is a user-owned and -operated decentralised global computer.

Anyone can use blockchains, which are unique computers that nobody owns.

A fungible coin called ETH, which is used to reward the system's physical computers, powers Ethereum. For transactions like NFT purchases, ETH serves as the system's native currency as well.

Why Web3 Does Matters?

Users can obtain fungible and non-fungible tokens in a variety of methods. There are methods to earn them as well as buy them.

Famously, Uniswap retrospectively airdropped 15% of its governance tokens to protocol pioneers. These kinds of community awards are becoming typical in web3 as a means to foster goodwill and encourage adoption.

Additionally, engaging in creative and business endeavours will reward you tokens. For instance, selling NFTs generates daily earnings of almost $100 million in ETH.

Tokens encourage network users to cooperate for the sake of the network's expansion and the token's appreciation.

This resolves the fundamental issue with centralised networks, where value is collected by a single corporation, which then finds itself in conflict with its own users and partners.

Prior to web3, consumers and developers had to decide between web1's constrained capabilities and web2's corporate, centralised design.

The greatest features of earlier periods are combined in a new way offered by Web3. This movement is only getting started, so now is a fantastic moment to become involved.

Web3: In a nutshell

BROUGHT TO YOU BY 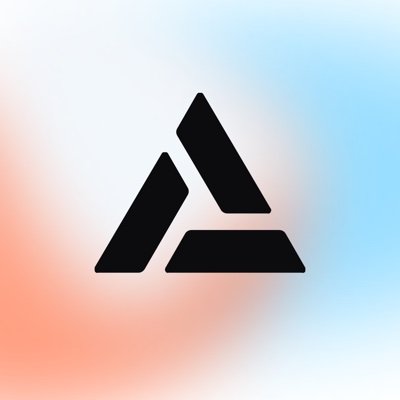 Kickstart your Web3 career for FREE.

Earn NFTs and get certified.

Protect yourself from Scams and enhance your Online Security with these Must-Download Extensions!

Be Alert: Watch Out For Google Forms Phishing Scam

🔍 3 Ways to Verify a Rug on Etherscan

How to Learn Crypto if You're Starting Today

Are you tired of Google Chrome slowing down your computer? You might find this helpful.

What Is MEV, aka Maximal Extractable Value?

I hope this was helpful!

Thank you for reading!

Let’s bust some more in next article.

What Is Nostr? And How To Get Started?

What is a Merkle Tree?

How to Create Your Own Cryptocurrency?

If you want more, be sure to